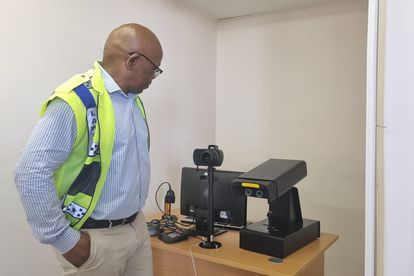 A senior traffic officer has been saluted by the Eastern Cape Department of Transport after arresting a colleague implicated in corrupt activity.

SENIOR TRAFFIC OFFICER CATCHES A ROTTEN APPLE IN THE DEPARTMENT

In a statement, the Eastern Cape Department of Transport said:

“On arrival, he caught an examiner (36) of driving licences conducting a fraudulent activity.”

It’s reported that he did not turn a blind eye or negotiate with the compromised officer, he acted.

Furthermore, the South African Police Service (SAPS) Anti Fraud and Corruption Unit was notified and they respond immediately to arrest the suspect.

MEC OF TRANSPORT HAILS THE OFFICER FOR ARRESTING THE CORRUPT MEMBER

The Provincial Inspectorate’s bravery has been applauded by MEC for Transport in Eastern Cape, Xolile Nqatha.

“This is another strong message of our intolerance of all alleged acts of corruption. We need more brave officers like this Provincial Inspectorate. It’s such a pity that we can’t fully celebrate her/him publicly for the fear of her/him being made a target,” he said.

“But his/ her actions have saved our roads from another undercooked driver who was likely to cause accidents. And it has helped expose another bad apple in our ranks,” he added.

The corrupt traffic officer will be appearing in court soon, according to the Eastern Cape Department of Transport.