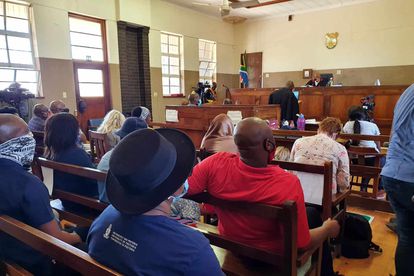 The court case that has rocked our nation took a dramatic turn on Tuesday, after DNA evidence provided by the state revealed that there was no match with one of the suspects accused of killing young farm manager Brendin Horner. This comes less than two weeks after protesters in Senekal attempted to ‘grab hold’ of the accused in their holding cells.

JUST IN: Prosecutor in the #BrendinHorner murder case reveals that buccal swabs taken of the two accused, and compared with DNA evidence in the farm manager's abandoned bakkie, EXCLUDES one of the accused, and the other test was inconclusive, or defective. @etvNewsSA #Senekal

Who are the suspects in the Senekal famr murder case?

Sekwetje Isaiah Mahlamba and Sekola Piet Matlaletsa were believed to have been behind the killing which turned the Free State town on its head and lifted the lid on simmering racial tensions. Protests and counter-protests ensured that Senekal became the nation’s flashpoint. The pair appeared in court on Tuesday for their bail hearing.

Horner’s body was discovered on a farm outside Paul Roux by his father Robbie, and his colleague, Jaco Kleingeld. He was tied with a rope around his neck to a pole and had injuries to his head and face. The suspected attackers were both arrested within 48 hours of the crime near Senekal, but major doubts have now been cast upon one of the accused.

It’s understood that DNA samples taken from a private lab were compared with swabs taken from Brendin Horner’s blood-stained bakkie. The evidence, however, does not match with the buccal sample provided by one of the two on trial in Senekal. The state has confirmed they won’t identify whether it’s Mahlamba or Matlaletsa who has been excluded.

The court case continues on Tuesday afternoon, as closing arguments for the bail applications are made.

State prosecutor says he is not prepared at this stage to reveal to the court which of the two accused's DNA is not a match with the three DNA samples isolated in Horner's bakkie. #Senekal