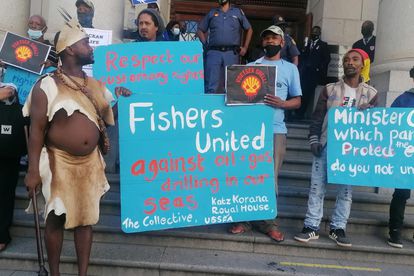 Good news for environmental activists! The Western Cape High Court has temporarily halted a seismic survey of the West Coast from Cape Town to Namibia pending a hearing on 7 march 2022.

According to News24, the application is in two parts: Part A sought an urgent interdict to lock the survey pending part B of the application, which is a legal challenge of the reconnaissance permit Searcher was granted to conduct the survey.

Searcher were directed forthwith to discontinue any activities intended to give effect to or related to the seismic survey of the west and southwest coast of South Africa. The company has until Wednesday, 9 February to file its answering affidavits. It failed to do so ahead of the hearing of Part A on 7 February.

Attorney, Johan Lorenzen described the ruling as a massive win by indigenous communities who are leading the fight against climate change.

In December 2021 oil and gas giant Shell also wanted to blast the shores of the Wild Coast with seismic surveys. Shell had hoped to find pockets of oil or gas. The company thus lost the support of a few petrol station owners who were in solidarity with those who were opposing the survey.

Environmental activists, fishermen and residents from Makhanda in the Eastern Cape and KwaZulu-Natal hit the province’s beaches to protest against Shell’s plans.

On 28 December 2021, the Grahamstown High Court blocked Shell from using seismic waves to explore for oil and gas in the Indian Ocean.