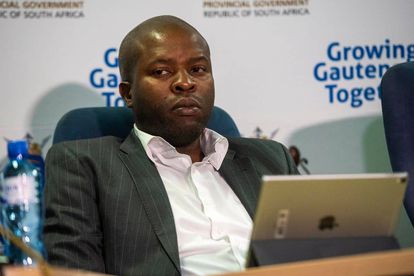 After the advocate tasked with investigating irregularities at the Sedibeng Municipality in the Eastern Cape advised that the municipality be placed under administration, some tough questions are set to be swung the way of key officials who allowed alleged maladministration, fraud, corruption, and serious malpractice to occur.

One of those deemed responsible won’t be held accountable for the shambolic administration of the municipality; Municipal Manager, Stanley Khanyile was gunned down in early October, having been accused of widespread corruption prior to his death and cited in Advocate William Mokhare as a key role-player in the municipalities failures to govern.

Advocate William Mokhare advised that the Sedibeng Municipality be placed under administration to allow for corruption charges to be brought against the mayor, chief whip, and chairperson of the municipal council, and said that public audit committee must be held accountable for the cover-up of Khanyile’s tampering with minutes from the council meetings and the adoption of incorrect minutes.

His report also found that the Mafoko Security Company was not entitled to invoice the municipality for over R950,000 per month, but that the company had invoiced a monthly rate of up to R1.5 million under Khanyile’s watch in spite of this.

Gauteng Co-operative Governance MEC Lebogang Maile said that the provincial government would allow the investigation to continue and supported the findings of the report.

“There are a number of issues that are coming up. One of these is that the late municipal manager was not properly appointed and was paid more than he should have been. The report recommends that councillors should pay back the money [lost to corruption],” he told eNCA.

“There will be action against everybody, including the Mayor, some councillors, the chief whip… the report is saying specifically that they must be charged. We have written to all of the councillors who must pay back the money and explain what happened.”

The Democratic Alliance (DA) in Gauteng said that the allegations are serious and require urgent attention.

“Sedibeng does not have a supply chain management policy which provides for a fair, equitable, transparent, and competitive and cost-effective system of the bidding by, and appointment of, service providers,” said Kingsol Chabalala, the DA’s Emfuleni North Constituency Head.

“The municipality was without an Audit Committee for nine months which is crucial to ensure financial checks and balances. The appointment of the late Khanyile to the Municipal Manager position was unlawful and invalid.”

‘ANC must also be held to account over Sedibeng corruption’

Chabalala said that the DA welcomes the recommendations of the report stating that Sedibeng should be placed under administration. “The MEC should instruct the State Attorney to take steps to recover the monies which were irregularly spent, and disciplinary steps need to be taken against those officials implicated.”

He added that due to the liability of the Municipal Manager and the council for the irregular expenditure, “steps should be taken to ensure that the ANC councillors are held accountable in terms of section 32(2) of the MFMA”.

“During a council meeting where the Municipal Public Accounts Committee investigation reports were presented, both the ANC and EFF voted in favour of the condonation of irregular and unauthorised expenditure incurred where services were rendered.”

“This clearly indicates that that the ANC should pay back the money which was irregularly spent.”