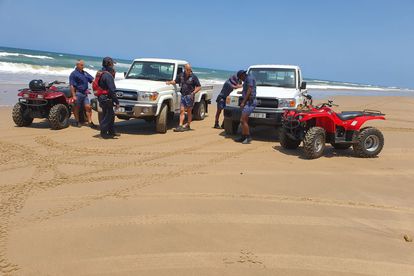 The search for a teenager who drowned on Tuesday at Mzingazi Beach, Richards Bay, who is still missing at sea, would continue on Sunday.

NOT MUCH IS KNOWN ABOUT THE TEENAGER

Details surrounding the drowning of the teenager were still sketchy at the moment.

According to police, emergency services attended to a drowning complaint when the 15-year-old teenager got into difficulty and drowned.

ALSO READ: Body of missing nine-year-old boy who was missing at sea found by his mother [Update]

Police said the search for the teenager would continue on Sunday.

According to police the search for the missing teenager was suspended on Saturday due to the incoming tide.

Meanwhile, in an unrelated drowning incident, the body of an unknown man was found at the Beachfront in Durban on Thursday.

Police said Durban SAPS divers along with metro police were called out to the Beachfront for a drowning.

“The body of an unknown male was recovered and handed over to members from Durban Central SAPS. Inquest docket opened.”

KEEP THESE TIPS IN MIND BEFORE HEADING TO THE BEACH

Here are some water-safety tips to bear in mind this summer:

ALSO READ: Teenager killed in a freak accident with a hunting rifle in North West