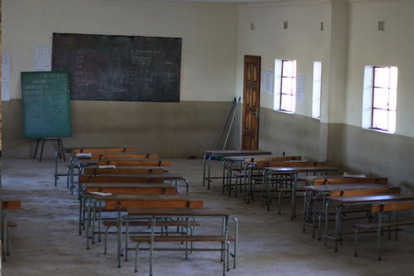 A Limpopo teacher is facing an uncertain future after receiving a suspension letter from the Education MEC on Friday 24 September. The educator allegedly bullied a grade 12 learner to commit suicide.

The alleged victim, Khutso Mabiletsa from Lebowakgomo, took her own life on 12 September. She committed suicide after she was accused of tarnishing her teacher’s name on Facebook.

The teacher’s suspension came after rising unrest in both the school and community, where angry masses demanded the educator’s removal.

The victim’s father, Nare Mafa, said that his daughter Khutso had posted a photo of shoes on Facebook that were similar to a pair that the teacher owned. The Limpopo learner’s Facebook post also included the teacher’s name.

According to the reports, the alleged victim, Khutso, was in the comfort of her home busy studying when the teacher stormed in with her husband. The teacher was furious over what she viewed as public embarrassment.

Khutso’s father claims that the teacher intimidated and shouted at his daughter while emphasising that she is simply a failure.

Not long after the attack, Khutso was found dead from an apparent suicide. The teenager was discovered hanging from the roof of the family’s backroom.

Community members, armed with petrol bombs, threatened to burn the school and the teacher’s house down. The anger was fuelled by what was viewed as a slow response from the school’s governing body to remove the teacher.

But all the extreme tensions were buried when the Education MEC, Polly Boshielo, announced the teacher’s suspension to the school and community.

“Yes, I can now speak with a great sigh of relief that the teacher accused of bullying the poor child has been suspended with immediate effect,” said Boshielo via the Citizen.

“They all know in this province that I don’t take sh*t. Where I suspect the lives of school children are in danger, I don’t hesitate, but I act. That’s why they call me Deputy Mother because I always have the interest of all children at heart,” she added.

“I want all teachers and members of the school management team, including the SGB, to know they are second parents to every schoolchild. I want them to know that I don’t only expect them to teach these children in the classrooms, but I also expect them to guide them, nourish them and protect them from harm, inside and outside the school premises.

“But when the same teacher, entrusted by parents to protect them and prepare them to face the world, abuses them, he/she will have to deal with me first,” Boshielo concluded.