You’d think that schools in South Africa would have learned a thing or two from the Pretoria Girls High hair incident …but nope. Here we are again.

Siyabonga Ngwenya recently posted a picture and status on Facebook regarding her niece and some of her school friends.

In the post she claims that Mariette Van Heerden, headmistress at Windsor House Academy in  Kempton Park sent a group of girls home for their “inappropriate hairstyles”.

According to the post, “all the girls with braids, dreads and ‘inappropriate’ hair were summoned and were proceeded to be told off and at some point she went off on a rant calling them amongst other things: idiots, demotivated, failures and when one of the girls called her out asked her where they would feel inspired with a headmistress like her – she flipped and went on another rant”.

The pupils were also told they had to write letters to their folks “promising to adhere to school rules” and the head mistress said that she will not be ‘taking any calls to discuss the matter’.

The problem? Braids. You can see the picture posted to Facebook below. Ngwenya said that these were just some of the girls kicked out and that there were far more. 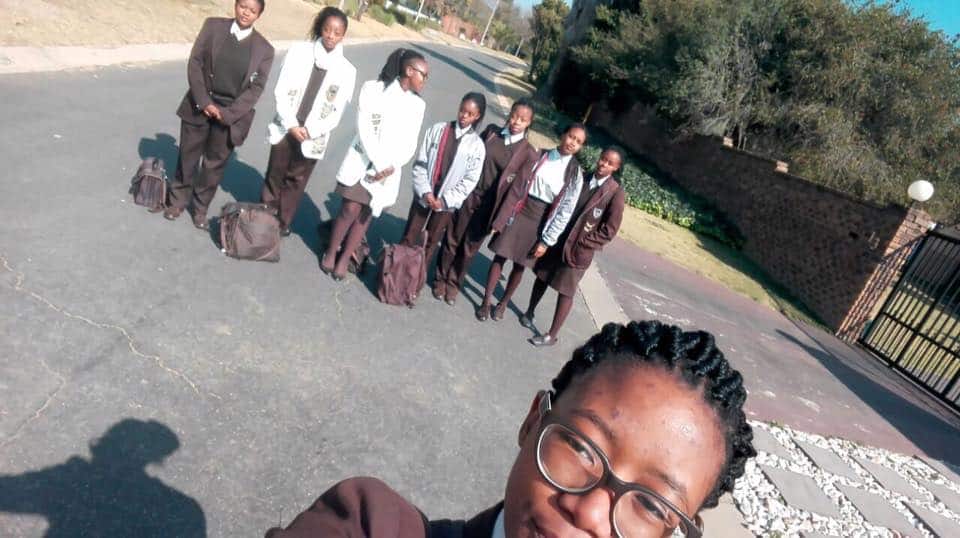 Nonceba Ngwenya, the pupil’s mother, told TimesLive that black girls have been targeted because of their natural hair before.

“On Sunday I braided my child’s Afro because sometimes the principal kicks them out because of their natural hair. But she decided to gun for the braids and left natural hair this time. My child is in grade 12 and this interrupts her learning.”

That’s some next level stuff right there.

The principal of the school, meanwhile, told TimesLive that things were getting blown out of proportion. Van Heerden was quoted as saying:

“I’m not going to deal with the media about this. There’s a code of conduct and both the learners and the parents signed it.”

Linda Bone wrote: “Typical! I can see Mrs van Heerden hasn’t changed one bit since I was in Windsor over a decade ago. She was ridiculous then, she’s probably slightly worse now. And also what do braids have to do with education?”

Tanya Bornman added: “This is so unnecessary. The girls are neat and their hair looks great. I dont understand why people cant wake up. This saddens me because there are more pressing issues in schools than hair…” [sic]

Music stars withdraw themselves from NRA after US school shooting

JUST IN: Light snowfall is expected in parts of SA on Sunday