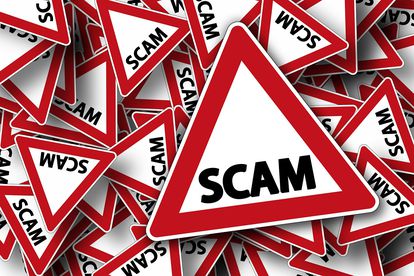 The public has been warned about responding to dubious media advertisements that claim people can increase their wealth dramatically by undergoing spiritual cleansing or engaging in rituals that allow them to talk to their ancestors.

These are typically scams that enable fraudsters and con artists to prey on unsuspecting victims, the Directorate for Priority Crimes Investigation (Hawks) has warned.

Life savings given to syndicate

This after a 40-year-old woman withdrew all of her life savings of approximately R223 000 and gave the cash to a syndicate in the belief that, with their help, her ancestors would multiply the money into millions of rands.

Instead, the trio who were ‘helping’ her disappeared with her money and the ‘millions’ failed to appear, as promised.

Realising that she had been conned, the woman reported the incident to the Hawks and on Thursday the Serious Commercial Crime Investigation team arrested three suspects aged between 31 and 39 at Lyttelton in Centurion.

They are expected to appear in the Pretoria Central Magistrates Court on Monday to face charges of fraud.

In August she responded to an advertisement and was told to come for a spiritual cleansing consultation, for which she paid R1 000. She was then told to return for more cleansings and subsequently withdrew all of her savings and handed the money over.

He had undertaken to miraculously turn it into R30-million through contacting the victim’s ancestors.

The fraud occurred when the teacher responded to an advertisement in a Port Elizabeth newspaper, in which a person calling himself ‘Professor Anadkat’ promised to “work miracles” with money.

The Hawks have now appealed to the public to exercise vigilance. Anyone who believes they may have been scammed by the trio arrested in Lyttelton is asked to contact the investigating officer, Warrant Officer Don Barath, on 082 319 9446.