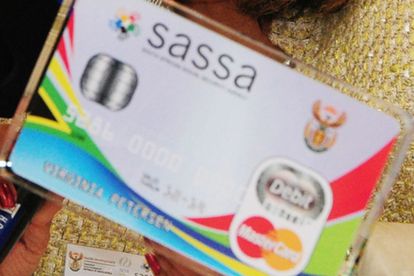 SASSA confirmed that it is not embarking on a campaign to change beneficiaries’ cards. Photo: GCIS / Flickr

SASSA confirmed that it is not embarking on a campaign to change beneficiaries’ cards. Photo: GCIS / Flickr

SASSA is not changing beneficiaries’ cards

“Sassa is not embarking on a campaign to change beneficiaries’ cards and under no circumstances will Sassa officials ever call or visit a grant recipient and require their personal information or their Sassa cards and PINs,”

Beneficiaries are urged to report these incidents to the police

Godlwana urged beneficiaries to not cooperate with anyone who requests that they change their cards. She has encouraged people who have been in these situations to report the incidents to the SAPS.

She further urged beneficiaries to not share their PINs with anyone, reports IOL.

“If there are any changes to the grant payment system, Sassa will inform beneficiaries through all available channels and also through stakeholder engagements,”

In other SASSA-related news, it was previously reported that applications for the R350 social relief of distress (SRD) grant were continuing. While the draft regulations are open for public comment, there was a huge number of applicants who were declined.

Out of the 11.4 million SASSA applicants in June, less than half were approved. According to the Department of Social Development, only 5.2 million were approved. As of 30 June this year, the SRD application figures are as follows:

A total of 11.4 million people applied. 43% are male and the remaining 57% are women. Caregivers of the child-support grant beneficiaries account for 4 million of the applicants. Foreign nationals and non-citizens have also benefited. 21 207 have applied and the majority, 15 882, are special permit holders from Lesotho. 2 133 are asylum seekers and special permit holders from Zimbabwe and Angola at 1 612 and 1 579 respectively. Read the full story here.

Broos: Some Bafana players are NOT good enough (VIDEO)

Save the date! Mercury is nearly at its Greatest Western Elongation

On This Day in South Africa: What happened on 28 September?