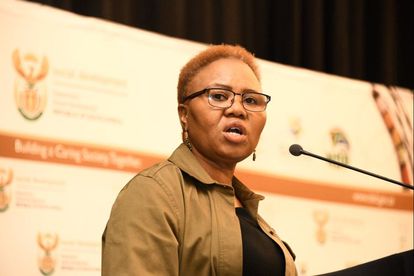 More people are set to qualify for the R350 Social Relief Distress (SRD) grant as the Department of Social Development has gazetted changes to the regulations that govern the payout.

The Department of Social Development had proposed for the means-test income threshold to be increased to R624 for one to qualify for the grant. This, after approximately 5 million applications from individuals who had received more than R350 in their accounts for a particular month they had applied for were rejected.

On Monday, 15 August, Department of Social Development Minister, Lindiwe Zulu gazetted that the income threshold has been increased to be R624 per person per month.

The SRD grant is still R350 per per month too.

Recently, the South African Social Security Agency (SASSA) revealed that more than half of the applicants for the R350 SRD grant are young people. Specifically; youth under the age of 35 account for 60% of the SRD grant applications, while 40% of the applicants have a grade 12 qualification and 5% a tertiary education. The agency said this correlates with the unemployment rate amongst youth which is approximately 63%.

So far, SASSA has reportedly started paying the June applicants while also back paying the successful reconsiderations from August 2021 onwards. For June 2022 applications, 5 273 000 beneficiaries were approved and  3 729 000 have been paid.

The Department of Social Development also revealed that as of 30 June 2022 the number of non-citizens who applied for the R350 SRD grant is 21 207.

‘Couldn’t account for one cent’: Mel Viljoen on Kiki’s charity