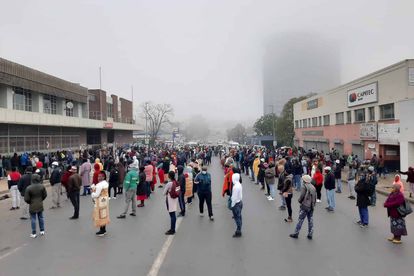 The grant, intended to mitigate the dire financial consequences of lockdown, offered to citizens who are unemployed and without any source of income or social welfare, has been marred by administrative blunders.

The Department of Social Development announced the introduction of the grant while South Africa languished under hard lockdown in April. With movement restricted and social gatherings prohibited, the SRD grant was launched on digital platforms for contactless application and payment methods. SASSA’s systems were, however, quickly overwhelmed by the sheer volume of applications and queries, leading to multiple technical meltdowns and growing frustrations among the country’s most vulnerable citizens.

While SASSA had managed to approve over 3 million applications by mid-July, the agency was inundated by appeals emanating from ‘unjustified’ rejections. According to SASSA spokesperson Paseka Letsatsi more than half of all SRD applications had been rejected.

In an attempt to address grievances, SASSA announced the formation of an ‘appeals process’ and, in partnership with the South African Post Office (SAPO), introduced changes to the SRD payment system. With the recent entry into Level 2 lockdown, both SASSA and SAPO facilities have witnessed growing crowds queued in the streets; wanting to apply, receive, query or  appeal the R350 SRD grant.

The situation in Mthatha appears never-ending. While the post office in Sutherland Street opened to beneficiaries in July, the queues of thousands of beneficiaries have become a daily staple of life in the Eastern Cape town. Despite SAPO pleading with beneficiaries to rely on the SMS notification programme before flocking to the post office, thousands of dissatisfied Eastern Cape residents brave the snaking queues in hopes of having their queries addressed by an official.

According to SAPO in Mthatha, the branch is generally able to process 1 000 applicants a day. The number of unattended queries has only grown since 9 July.

The scene on Monday 24 August was no different. Members of the South African Police Service (SAPS) were roped in to assist with crowd control measures and to ensure that queuing beneficiaries adhered to strict social distancing protocols. While the post office only opens at 08:00, queues begin to form long before daybreak, with applicants jostling for a chance to get inside before the doors close at 17:00.

The untenable situation is made more complex by the delays in grant payments issued to old age recipients and disabled beneficiaries. Although SASSA has attempted to implement a designated daily system of payments, the elderly and disabled have been caught up in the SRD furore.