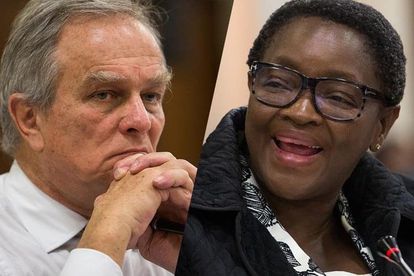 MPs have given officials from the South Africa Social Security Agency (SASSA) and the Post Office (SAPO) until Wednesday evening to come up up with solutions to the social grants payment crisis.

“The officials will have to meet and sit right through the night if they have to to come out with a solution,” said Social Development Minister Bathabile Dlamini following a tense meeting with MPs, SASSA officials and representatives of SAPO.

Discussions between the two state entities deadlocked after SASSA last week announced that it would only offer one of the four components of the social grants payment contract to SAPO.

Officials at SAPO denied claims by SASSA that it is ill-equipped to take over all of the services involved in the distribution of grants. CEO Mark Barnes said that with “increased infrastructure and staff training” the post office would be capable of taking over the payment of social grants.

SASSA and SAPO were instructed to return to Parliament tomorrow night to report back to MPs on how they have resolved their “misunderstandings”.

The contract between the current service provider, Cash Paymaster Services (CPS), and SASSA is due to come to an end in March 2018. But at a media briefing in East London on Monday, Dlamini announced that a decision on the three services which had not been offered to SAPO should be made by the end of February next year – one month before the new system is to come online. This means the agency would have one month to phase out CPS in accordance with a Constitutional Court ruling.

“SAPO’s solution is affordable. Any money transferred to SAPO will stay within the state,” Barnes told MPs. He said it would cost a total of R650 million for the post office to take over the payment of grants. Barnes refuted claims by SASSA that SAPO was not able to provide any banking services as being “without substance”.

“Postbank is the seventh biggest bank in South Africa and is more than capable of doing payments. We can produce two million cards after eight weeks and then two million every three weeks. All our counters are considered as ATMs,” he said. Barnes said that SAPO was not prepared to accept only playing a small part in the payment system. He said SASSA had a “deep misunderstanding” of the banking system.

Siyabonga Cwele, Minister of Telecommunications and Postal Services, told MPs that the post office considered a letter sent by former SASSA CEO Thokozani Magwaza earlier this year to be a legal intergovernmental agreement to assist SASSA with the payment of grants. Cwele said the letter would be used to challenge SASSA should the need arise. He said SAPO was ready and committed to meet with SASSA to resolve “misconceptions”.

During the briefing, MPs grilled Dlamini and SASSA officials on the failure to meet its own deadlines for appointing a new contractor.

“CPS is bosom buddies with SASSA. The IFP will be writing later today to request a parliamentary inquiry into this matter … It is clear that a decision has been taken by SASSA to derail the whole process with the post office,” he said.

ANC MP Vincent Smith said the deadlock should be addressed by the interministerial committee chaired by President Jacob Zuma. “Both Departments, with Treasury, need to find a solution to this by tomorrow because if they don’t, we will,” he said.

EFF MP Ntombovuyo Mente asked, “Why are the Hawks not here? I’m sure we are facing perjury by officials and need to start laying criminal charges against officials who come here and lie to us.”

DA Evelyn Wilson said, “The poor and vulnerable are being held to ransom yet again. We will not be put in a position where we have to continue services with CPS.”

MPs are expected to return to Parliament at 6pm on Wednesday.