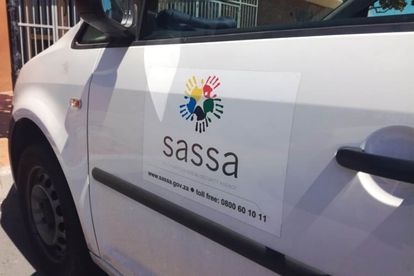 By Zoë Postman for GroundUp

The glitch in the South African Social Security Agency’s (Sassa) payment system was a result of not having a full complement of staff, says spokesperson Kgomoco Diseko.

Disability and old age grants were scheduled to be paid on 4 May and other social grants on 6 May to avoid large crowds at payment points and ATMs. But thousands of beneficiaries were sent home empty-handed while nearly 600 000 others received double payments on Monday.

One beneficiary, Moses Mahlangu from Elandskop, said that he had to hire a van to transport his wheelchair to the post office. He arrived early hoping to avoid long queues but by noon he had still not been assisted. Other beneficiaries in Pietermaritzburg slept outside Langalibalele post office on Monday night because they did not have money for transport.

Diseko said the welfare agency was under enormous pressure to pay the social grants on time. “This resulted in errors,” he said. Diseko acknowledged that beneficiaries were inconvenienced and assured that “this type of thing won’t happen again.”

Martin Grunewald, Head of BankservAfrica’s Payments Business, said the company did not spot the duplicates because those payments had different references which made it appear like a unique transaction.

He said Sassa informed BankservAfrica on 3 May that KZN beneficiaries were excluded which was a day before the scheduled payments. Grunewald said the error only affected this group and expected other payments to continue as normal.

Grunewald said in the report: “It must also be noted that the National Treasury was able to act immediately and notify banks of the duplicated transactions in order to facilitate reversals prior to recipients accessing funds. This should hopefully alleviate any introduced loss risk.”

When GroundUp asked SASSA how many of the duplicate payments were recovered or how SASSA plans to retrieve the rest? Diseko said, “All duplicate transactions have been identified and SASSA will inform beneficiaries about the terms of repayment”.