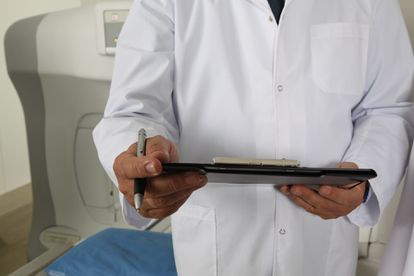 The SA Medical Association (SAMA), which represents a large network of healthcare workers across South Africa, has reiterated its opposition to the National Health Insurance (NHI) scheme that has been proposed by the government – with 38% of surveyed members confirming their plans for emigration IF the policy becomes law.

Why NHI is so vehemently opposed in SA…

The push for free medical care across the board has its merits, but the practicalities of such a move could cause something of a medical nightmare for the country. Now Mzansi has been battered by a pandemic, the implementation of NHI stands at a crossroads – and SAMA are hoping that the ANC take a u-turn sooner rather than later.

According to a statement released this week, SAMA object to the following factors:

SAMA have referred back to a survey taken just before COVID-19 washed up on South African shores. At the time, it showed that roughly 4 in 10 doctors wanted to leave Mzansi *specifically* due to the NHI proposals. It’s understood that those numbers have held true over the last year or so – leaving our healthcare system on an emigration knife-edge.

On Tuesday, SAMA made their objections crystal clear. On top of the aforementioned reasons to oppose NHI, there are also complaints that the Bill gives the Minister of Health ‘way too much power’.

“The South African Medical Association today reaffirmed its stance on the proposed National Health Insurance (NHI) during its submission to the Parliamentary Portfolio Committee on Health saying while it supports some provisions, others lack essential detail which has far-reaching consequences for NHI implementation.”

“SAMA cannot support the NHI Bill in its entirety. It gives the Minister of Health has too many unfettered powers in this structure. It further believes that the Fund should be accountable to the Department of Health and vice versa.”