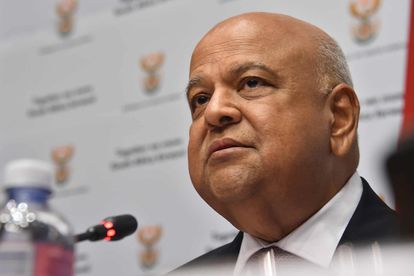 Public Protector Busisiwe Mkhwebane looks to be picking ANOTHER fight with Public Enterprises Minister Pravin Gordhan. Once again, the issue relates to Gordhan’s time as SARS Commissioner. According to a new report from Mkhwebane, the hawks need to consider having a closer look at a specific R100 million contract.

On Friday, Mkhwebane and her office released a series of reports into various completed investigations. In one report, she handed the City of Johannesburg a 30-day deadline to sort out irregular municipal account billing.

But as is normally the case, it is her findings and recommendations for SARS that could have the most political damage.

Mkhwebane found that the contract had been renewed more than 10 times.

The commissioners who signed off on the deal range from Pravin Gordhan, Ivan Pillay, Tom Moyane and even current commissioner Edward Kieswetter. Gordhan was allegedly the first to sign it off.

In her report, Mkhwebane found that SARS irregularly appointed the company, Budge Barone & Dominick, in 2007 for “the provision of strategic projects and related services”.

“The Public Protector also found that the SARS has, over the years, continued to extend the contract in question irregularly.”

Mkhwebane began investigating the complaint after a complaint was made by Mzwanele Manyi in 2016. Manyi is now the spokesperson of the Jacob Zuma foundation.

Mkhwebane has lost all her previous battles with Gordhan and SARS. Her previous reports into the so-called SARS rogue unit and “early retirement” scandals have all been set aside by the courts.

It is a near certainty that SARS will take the latest report on review too.