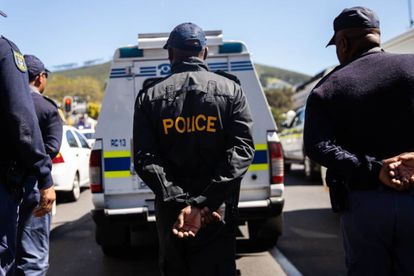 By GroundUp Editors for GroundUp

For South Africans old enough to remember apartheid, the states of emergency of the 1980s and the pass laws, the possibility of being stopped on the streets by police officers or soldiers is a frightening prospect. This time, of course, our movements are being restricted for our own good, to fight off the COVID-19 epidemic, and we must all comply.

“But, especially in a country with a history like ours, it is essential that police officers and soldiers enforce the lockdown with a gentle hand.”

Remarks like those attributed to Defence Minister Nosiviwe Mapisa-Nqakula on Wednesday are not reassuring. Mapisa-Nqakula reportedly said soldiers would only resort to “skop, skiet and donder when circumstances determine that”, then added: “For now, we’re a constitutional democracy…”.

Let’s hope that the “for now” was a slip of the tongue or a misquote. We are indeed a constitutional democracy and the minister, who was part of one of the teams negotiating the 1994 constitution, knows this very well.

But right now we are a constitutional democracy in a state of national disaster, and all of us, except essential workers, have been instructed not to leave our homes (except to do essential things like buy food and medicine or go to hospital).

The police and the army have been mobilised to enforce that, for the good of us all. But it is essential that Mapisa-Nqakula and police minister Bheki Cele make it very clear throughout the army and police hierarchy, that police and soldiers must show restraint.

“They will be dealing with many frightened and confused South Africans and they must apply the law gently and with care.”

‘They should work with, and not against, communities’

There is no need, for example, to be draconian with a spaza shop-owner selling food without the required documents, a shepherd guiding his cattle, or a person doubling up a visit to the shop with walking their dog or jogging.

“In informal settlements and rural areas, people will often have to go outside to meet their basic needs, even if it is just to escape cramped quarters for a few minutes. The police and army should help, not hinder, the efforts of people to get food and water, and to use toilets and taps; and they should help government and civil society efforts to get food, water and medicines to townships. They should work with, and not against, communities.”

As the Civil Society VC-19 Coalition has said, “lockdown as a public health strategy cannot work unless it is led by the provision of a good safety net of services and resources which can allow people to remain safely at home”.

As for us, we should be mindful of what the police and soldiers are tasked with doing. They are likely to be tired, anxious about their own health and that of their families, and perhaps angry that they must be exposed to risk while others are safer at home. We owe them our thanks.