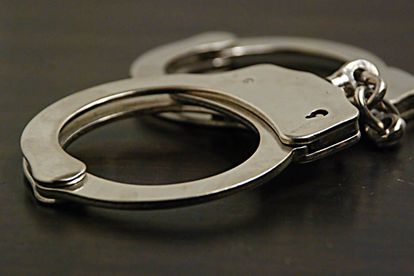 In the early hours of Friday morning, 8 November, members of the South African Police Service (SAPS) and a law enforcement task team found over 300 undocumented foreign nationals in a 21-storey building in Hillbrow, Johannesburg. The foreign nationals were also in possession of counterfeit goods amounting to R25m.

According to SAPS Brigadier Mathapelo Peters, three suspects, two women and a man were arrested for hijacking the 21-storey building after police were able to locate the rightful owner.

“A total of 380 (353 males and 27 females) undocumented nationals from Malawi and Zimbabwe, including those found during roadblocks and in other operations, were taken in for processing and verification of their stay in the country,” said Peters.

Six Malawian nationals, four  juveniles and two pregnant women were released pending their appearance before Immigrations Authorities to prepare for their direct deportation.

“SAPS were also able to trace 124 suspects on whom warrants of arrests were executed for a range of crimes,” confirmed Peters.

This symbolised the kick-off of the safer festive season campaign in Gauteng that was formally launched later in the day at Joubert Park in the Johannesburg CBD, where Minister General, Bheki Cele delivered the keynote address to over 2000 guests.

Roadblocks were mounted at strategic points in all the five districts in the Province and saw a few road unworthy cars being impounded, and fines issued for contravention of road traffic regulations.

Visits were made to a number of pubs, clubs, liquor stores and tuck shops. Police together with agents of the Gauteng Liquor Board issued fines amounting to R9 000 and confiscated liquor whose estimated value exceeds R1.4m.

A case of fraud was opened in Midrand pending further investigation, after a tip-off on suspected stolen SIM-cards led police to a warehouse. SIM-cards of various mobile service providers packed in thousands of boxes, together with suspected SIM-card manufacturing machines were seized for further investigation, while about 20 undocumented foreign nationals were found on the premises and were taken in for processing and verification as part of the 380 others mentioned above.

Management of the SAPS in Gauteng have welcomed the successes which have set the tone for the safer festive season operations that will continue until the end of January 2020.

Residents of Gauteng can look forward to high visibility in known hotspots such as shopping centres and malls; more roadblocks to address road fatalities; visits by the police to places of entertainment; and more shut-downs of illegal liquor outlets; and generally more crime prevention operations.

Members of the public are encouraged to use the newly launched My SAPS app to provide tip-offs anonymously and/or to find their nearest police station. The app can be downloaded from the Google Play Store and Apple App Store onto a smartphone. A USSD string is also available for feature phone users.