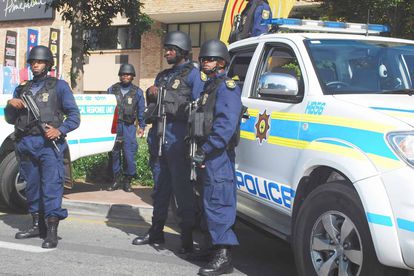 The South African Police Service (SAPS) in the Western Cape is offering a reward of R70 000 for information that could lead to the arrest of each of the men allegedly responsible for the recent spate of murders in Philippi East in the Western Cape.

“Detectives attached to [the] provincial organised crime [unit] who are responsible to investigate the recent murders that occurred in Philippi East are requesting the assistance of the public in tracing people of interest in the cases,” Sergeant Noloyiso Rwexana.

“Western Cape SAPS is offering a reward valued at R70,000 to anyone who knows the whereabouts of any of the sought people. The reward is offered per person successful traced. Anyone with any information that can assist the police with the investigation is requested to contact Brigadier Bhekie Khumalo on 082-556-8642 or 021-467-6140,” Rwexana said.

The bodies of six young women, aged between 18 and 26, were reportedly found in a home in Marcus Garvey last Friday night. They had been shot dead. Last Saturday afternoon the bodies of three men were found in a house in Lower Crossroads, and a few hours later three other men were shot at a tavern in Crossroads, two of whom died.

The area has been marred by violence for many years, but several incidents over the space of a single weekend, which resulted in the deaths of 13 community members, changed the scenario.

It was the metaphorical straw that broke the camel’s back and has resulted in the deployment of the South African National Defence Force to the Cape Flats and, now, the offer of cash rewards to anyone who can help the police.