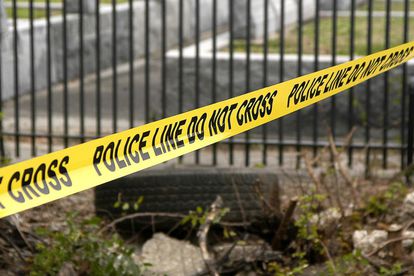 The murders of four and the injury of a fifth is being probed by the SAPS in the Western Cape. Photo: Stock Image / Pixabay

The murders of four and the injury of a fifth is being probed by the SAPS in the Western Cape. Photo: Stock Image / Pixabay

Following the murder of four people along with the hospitalization of a fifth person on the evening of Saturday, 25 June, the Tulbagh SAPS have requested information in order to determine what transpired.

A 72-hour activation plan was implemented in an attempt to uncover the suspects so that authorities can solve the case.

According to the South African Police Service (SAPS), the deceased victims were between the ages of 28 and 35 years old. They were discovered at approximately 21:00 at a residential address on Jooste Street.

“The fifth victim, also a man, was admitted to hospital for treatment. The motive for the murders and attempted murder is yet to be determined,”

The public has been encouraged to share any information regarding the case to #CrimeStop on 08600 10111, reports IOL.

In other news making headlines, at least 22 people have been confirmed dead after being found inside a tavern in East London. Details remain sketchy at this stage, but according to DispatchLive, the incident may have unfolded in the early hours of Sunday morning, 26 June 2022.

There are also more questions than answers surrounding exactly how the victims died, but the reports suggest the patrons may have been exposed to some form of poison or an incident which may have led to them being injured and killed in a stampede.

According to DispatchLive, the victims’ lifeless bodies are scattered across the East London tavern: on tables, chairs and the floor without any visible injuries to explain what could have possibly happened to them.

‘People forced themselves inside’: Enyobeni tavern owner speaks out

The owner of the East London tavern where 20 young revellers died on Saturday night has spoken to both the media and provincial government officials today, as all parties try and make sense of the devastating tragedy that unfolded here at Enyobeni.

The tavern, situated in Scenery Park, was hosting a huge party when disaster struck: It’s not clear how it happened, but many youngsters were found dead on the floor – many appear to have been passed out, and some sources suggest there was a stampede.

However, no cause for these mysterious deaths has yet been established by the police – and investigators are working round the clock to piece this puzzle together. Not even Enyobeni’s owner could clarify what happened, as he was not at the venue when this all unfolded. Read the full story here.