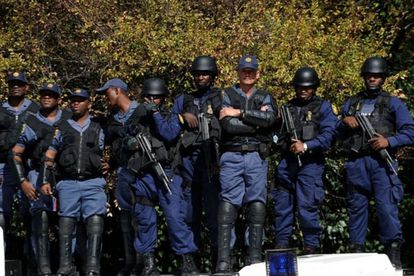 The SAPS general accused of being racist, derogatory and discriminatory to recruits in 2019 will appear in court soon. Photo: World Armies / Flickr

The SAPS general accused of being racist, derogatory and discriminatory to recruits in 2019 will appear in court soon. Photo: World Armies / Flickr

A South African Police Service (SAPS) officer who allegedly made derogatory remarks about a recruit will be prosecuted on charges of crimen injuria. The officer allegedly commented on the recruit’s skin colour, weight and attire during a parade.

AfriForum steps in to assist with 2016 incident

The National Prosecuting Authority has made a decision to prosecute the general. The decision comes after an intervention by AfriForum. AfriForum said the general embarrassed Captain Riana Stander, 53. The incident occurred in November 2016.

The female general, who cannot be named at this time, was reportedly visiting the Oudtshoorn SAPS Academy.

AfriForum revealed that the general allegedly told Stander, and others, to stand on the stage. This was in front of around 450 recruits. The general then went on to humiliate Stander by talking about her attire, weight and skin colour.

It’s been alleged that the derogatory remarks were met with cheers and applause from the other recruits. AfriForum claimed that the general also made a racist remark stating that ‘the stage was too white’.

ALSO READ: ‘You can’t be punished for driving with an expired license card’ – AfriForum

In the same month, Stander opened a case against the general. AfriForum claimed that the stress and trauma brought on by this caused Stander to be declared medically unfit. She is no longer employed by the SAPS.

Solidarity came into the picture, pressuring the SAPS to investigate. In 2018, an internal disciplinary hearing was held regarding the general’s conduct. The hearing found that the remarks made by the general were racist, derogatory and discriminatory.

General dismissed but returns shortly after

In 2019, the unnamed general was dismissed. She was found to be an unreliable and dishonest witness. The finding and sanctions were then overturned during an arbitration process. The general has since returned to the SAPS.

AfriForum’s private prosecution unit was approached by Solidarity and Stander in 2019 to assist with the Prosecuting Authority’s decision to not criminally prosecute the general.

“The Director of Public Prosecutions in Cape Town initially, and in writing, indicated that there was no prima facie proof of crimen injuria. However, when the AfriForum unit in July 2019 requested a nolle prosequi certificate on behalf of Stander to privately prosecute, the prosecution simply failed to comply with the legislation that compels it to issue such if the State decides not to prosecute,”

Following pressure, the Prosecuting Authority made the decision in March 2022 to prosecute the general. A date for the general’s court appearance has not been released, reports IOL.