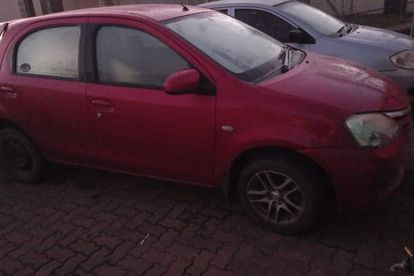 Wily police investigators attended the funeral of one of the slain Scottsville gangsters, a move that led to an arrest and the recovery of a stolen vehicle (pictured). Photograph: KZN SAPS

Wily police investigators attended the funeral of one of the slain Scottsville gangsters, a move that led to an arrest and the recovery of a stolen vehicle (pictured). Photograph: KZN SAPS

A 35-year-old suspect who was nabbed by police after attending the funeral of a gang member killed in the Pietermaritzburg shootout with the SAPS last week is expected to appear in court on Monday morning.

KZN SAPS spokesperson, Colonel Thembeka Mbele, said the suspect’s arrest had followed police observation at the funeral of the slain gang member at the weekend.

“His arrest follows an operation where the police officers were monitoring the funeral of Lucas Mazibuko who was part of the gang that was killed at Scottsville in Pietermaritzburg last week during the shoot-out with police,” Mbele said.

“The suspect was arrested at Springville area in Highflats yesterday at 12:45 pm after he was found in possession of a stolen vehicle,” she said.

Mbele said that the police investigation had revealed that the vehicle had been stolen on 13 September 2020 at 2pm, while it was parked in Percy Osborne Road in Morningside.

“The suspect was placed under arrest for possession of a stolen property. He will be profiled to check if he is linked to other serious cases committed in Highflats and in the province,” Mbele said.

The suspect is expected to appear in the  Phungashe Magistrates’ Court in KwaZulu-Natal this morning.