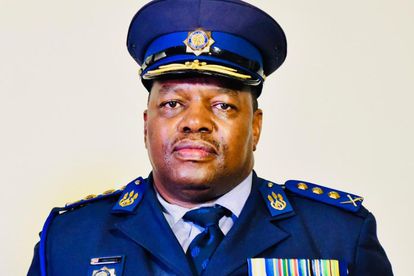 Gen Fannie Masemola has ordered the head of the presidential protection unit to be removed from his position. Photo: @AthiGeleba / Twitter

Gen Fannie Masemola has ordered the head of the presidential protection unit to be removed from his position. Photo: @AthiGeleba / Twitter

National Police Commissioner General Fannie Masemola has reportedly ordered the head of the president protection unit Major-General Wally Rhoode to be removed from his position.

TimesLIVE revealed that the order was signed by Masemola on Wednesday, 13 July. According to the publication, the order is addressed to the Minister of Police Bheki Cele’s Chief of Staff, Hawks head Lieutenant-General Godfrey Lebeya, provincial and deputy national commissioners and head office heads.

The commissioner called for the aforementioned names who were addressed in the order to inform everyone under their command about the decision.

The letter was titled ‘Command and Control: President Protection Services’.

In response to questions regarding whether Rhoode had been suspended or removed, SAPS spokesperson Colonel Athelnda Mathe spoke about an aim to strengthen governance and accountability.

“As per the financial programmes of the SA Police Service, both the presidential protection unit and the protection security service fall under programme five. The move to streamline reporting lines thus aims to strengthen governance and accountability,”

The news of the Commissioner’s order follows the burglary of President Cyril Ramaphosa’s Phala Phala farm and allegations that Rhoode attempted to recover and cover up the large sum of money that was stolen.

In related news, it was previously reported that Julius Malema claims to be privy to information regarding Cyril Ramaphosa and the Phala Phala scandal. According to the EFF leader, the President has told some of his close confidantes that he ‘has got no defence’ over the alleged cash stash found at his farmstead.

The Phala Phala controversy has plagued Ramaphosa for the last six weeks – and it looks like this will be the biggest scandal of his premiership to date. Charges have been filed against the ANC leader, who is under mounting pressure to come clean about his hidden stacks of money.

When burglars targeted his property in Limpopo, they hit the jackpot: $4 million in cash was concealed at the property. Ramaphosa then failed to report the incident to the police, raising suspicions that the dollars were ill-gotten. Hawks are also involved in the ongoing investigations. Read the full story here.