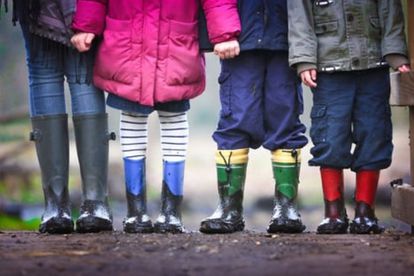 Save the Children has called on the government to take drastic measures to create safe environments after the 2021/22 last quarter crime stats by the SAPS revealed that 352 were killed.

In the last three months of 2021, 652 more people were murdered in South Africa, an increase of almost 9% compared to a year earlier. In total, 6,859 people, including the 352 children, were murdered according to the latest data.

CALLS FOR A SAFE ENVIRONMENT FOR SA CHILDREN

Save the Children Chief Executive Officer (CEO), Steve Miller said violence against children must not and cannot be tolerated.

“We are appalled by these figures. They strike to the heart of every parent, every citizen. We are horrified by the senseless killing of children and the increase in attempted murders of children. Each of these children that were killed, were robbed of the chance to live and robbed of their futures. They have left grieving family and loved ones. One child murdered is one child too many.

“We need to work towards ensuring that no children are murdered in our country in the coming year. A 5.6% decline is not good enough.”

According to the police, in the last quarter, most murders were caused by arguments, vigilantism, robberies and revenge or retaliation.

In terms of location, 2599 people were murdered in public places, including open fields, streets, parking areas and abandoned buildings.

The second most likely place to be killed is the home of the victim or perpetrator and liquor outlets came in at third.

In addition, 27 police officers were killed in the line of duty or on their downtime and 232 of the total murders in the country were related to domestic violence.

“Some of the increases in murder are attributable to multiple murders where a number of people are killed in one incident. Overall contact crimes committed against a person decreased by 4,0%,” Cele said.