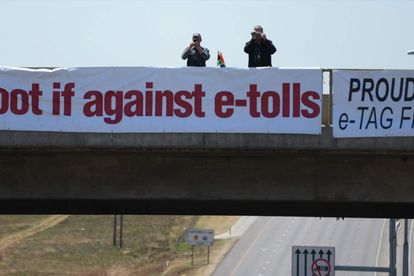 Auditor-general Kimi Makwetu has raised concern at the South African National Roads Agency’s (Sanral) funding strategy for the next 12 months.

In his report, Makwetu raised the issue of the Gauteng e-tolls impasse which his states is of importance if the agency is to continue as a going concern.

“As disclosed in note 46 to the financial statements, the public entity’s funding strategy for the next 12 months relating to toll operations is dependent on positive developments to resolve the e-toll impasse and the public entity raising funding either from government grants or further borrowings,” said Makwetu

“These events or conditions, along with other matters as set forth in note 46, indicate that a material uncertainty exists that may cast significant doubt on the public entity’s ability to continue as a going concern,” he added.

The subject of Gauteng e-tolls has been a very contentious one in the province with Transport Minister Fikile Mbalula having committed to resolve the impasse so the focus can shift to road infrastructure projects.

However National Treasury has maintained that the user-pay principle is here to stay in the current form. Although the Finance Ministry later backtracked stating that room for further discussions with Transport minister and Gauteng Premier David Makhura on the matter, existed.

The ANC on its side has maintained its position against the electronic tolling system, stating that it is an unnecessary burden on the people of Gauteng.

It is of the view that raising funds for costly (road upgrade) projects of this nature, should be done with the least negative impact on the pockets of the public, whilst achieving the goal of funding the infrastructure. As such, if existing or new funding mechanisms are available, these should be considered and used, unless of course a valid reason is provided and is acceptable to society.

In 2019 Sanral announced that it was suspending its process of pursuing e-toll debt but is yet to resolve the impasse.