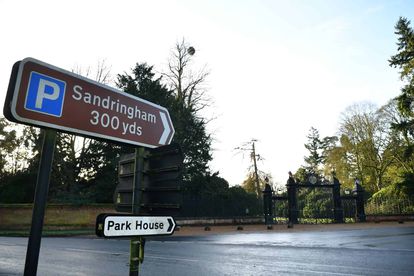 Queen Elizabeth II on Monday 13 January said Prince Harry and his wife, Meghan, would be allowed to split their time between Britain and Canada while their future is finalised.

The couple said last week they wanted to step back from the royal frontline, catching the family off guard and forcing the monarch to convene crisis talks about the pair’s future roles.

The 93-year-old queen, her son and heir Prince Charles, and his two sons princes William and Harry began a family summit at her private Sandringham estate in Norfolk, eastern England, on Monday.

She called the discussions “very constructive” and said she and her family were “entirely supportive of Harry and Meghan’s desire to create a new life as a young family”.

“Although we would have preferred them to remain full-time working members of the royal family, we respect and understand their wish to live a more independent life as a family while remaining a valued part of my family,” she added.

“Harry and Meghan have made clear that they do not want to be reliant on public funds in their new lives.”

“It has therefore been agreed that there will be a period of transition in which the Sussexes will spend time in Canada and the UK.

“These are complex matters for my family to resolve, and there is some more work to be done, but I have asked for final decisions to be reached in the coming days.”

The queen has previously said she wanted to find “workable solutions” to the crisis, which has dominated the media since the bombshell announcement last week.

Harry and Meghan’s effective resignation has thrown up a series of questions, including how they can raise their own finances without compromising the monarchy.

The meeting was held at Sandringham, the queen’s private estate in Norfolk, eastern England, where she traditionally stays from Christmas to early February.

Who were key players at Sandringham summit?

The 93-year-old head of state has been on the throne since her father, king George VI, died in 1952.

She has steered Britain through dramatic changes since the aftermath of World War 2.

Her style over the years has been one of slow-paced, pragmatic change through consensus rather than drastic action.

The monarch’s eldest son is Britain’s longest-serving heir to the throne and the father of princes William and Harry.

His marriage to their mother, Diana, collapsed and they divorced in 1996. He married second wife, Camilla, in 2005.

At 71, the Prince of Wales is playing a bigger role in running the royal family after his father Prince Philip, now 98, retired in 2017.

Based at Clarence House in London, his private income from his Duchy of Cornwall land and property portfolio bankrolls his sons and their families.

The Duke of Cambridge, 37, is second in line to the throne, followed by his three young children Prince George, six, Princess Charlotte, four, and one-year-old Prince Louis.

He married his university sweetheart Kate in 2011.

He was a search-and-rescue helicopter pilot and gave up his job as an air ambulance pilot in 2017.

The family live at Kensington Palace in London.

Regarded as a conscientious and cautious character, he is concerned to make sure that the monarchy remains relevant to new generations.

Harry confirmed in October that the brothers had drifted apart.

The Duke of Sussex, 35, is now sixth in line to the throne. After 10 years in the British army, in which he served two tours of duty in Afghanistan, Harry began to concentrate on royal duties.

He met Meghan, a US television actress, on a blind date and their relationship quickly blossomed. They married in May 2018 and live at the newly renovated Frogmore Cottage on the Windsor Castle estate.

Meghan, 38, joined in the talks by phone from Canada, where the couple spent six weeks on holiday over Christmas with their son Archie, who was born in May 2019.

Meghan briefly came back to Britain before returning to Canada.

He has worked for the monarch for 16 years. He is responsible for supporting her in her duties as head of state and is the channel of communication between the sovereign and the government.

He reportedly played a key role in getting the Queen to appear with actor Daniel Craig in the film screened at the London 2012 Olympics opening ceremony when she appeared to jump from a helicopter with James Bond.

Reports at the weekend suggested some senior royals wanted him sacked for his handling of this latest crisis.

A career diplomat who joined the Foreign Office in 1986, Alderton first served as an aide to Charles between 2006 and 2012, after which he became Britain’s ambassador to Morocco.

He has held posts in Poland, Belgium, Singapore and France.

A former civil servant, he was previously director of strategy at Britain’s eavesdropping intelligence agency GCHQ, then became an aide to prime minister David Cameron.

He was then tasked with trying to resolve Irish border issues in the Brexit negotiations.

She is a former top diplomat, becoming one of Britain’s youngest ambassadors when she was posted to Albania aged just 35 in 2009.

Relatively new to the royal job, she has held diplomatic posts in Washington, Brussels, Baghdad and Sarajevo.