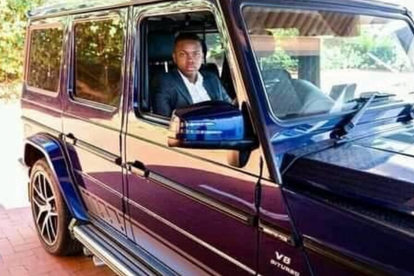 Johannesburg’s South African Police Service (SAPS) has confirmed Sandile Shezi is a wanted man for allegedly scamming a man of R500,000. Additionally, Shezi also is in the middle of a storm of accusations from three victims who claim to have lost millions after investing in his Forex trading expertise.

One claimant who has laid formal charges has led Sandton police to issue an arrest warrant following fraud complaints worth R500 000 in 2018.

“A case of fraud has been opened at the Sandton Police Station,” said police spokesman Mavela Masondo.

“The suspect is being sought by the police.”

A school principal from Limpopo claims Shezi owes him R1.2 million, while another victim named Allan Ledwaba claims Shezi used to lead lectures on Forex trading for which he charged no less than R10 000.

“His seminars were always packed. At some point, there were more than 1 000 people in one of his seminars … He showed me his trading accounts, which [showed that they] had more than $6 million [R89 million] in them,” Ledwaba said.

“He was driving Lamborghinis and Ferraris, which any youngster like me would be attracted to.

According to Ledwana, Sandile Shezi received an investment of R500 000 that was from a loan from Ledwaba’s father.

“The agreement was that he would trade the money for me and then every year he would give us a profit and then the full amount we had invested thereafter … But I became suspicious when I researched the name of the law firm used to draw up our contracts. I went to the law firm and spoke to the director, who said that they did not have a relationship with Sandile.”

A third victim that is a former school headmaster claims to have invested a total of R1.3 million on Shezi’s business ventures. The victim used his pension money to forward payments of R100 000, R200 000, and R1 million between 2018 and 2019.

“I invested R1 million in 2019. He used to send us dividends every month, but, at the end of the year, he started saying business was hard and he was struggling to invest,” the principal said.

“This has affected me very badly because I have no income right now,” he concluded.