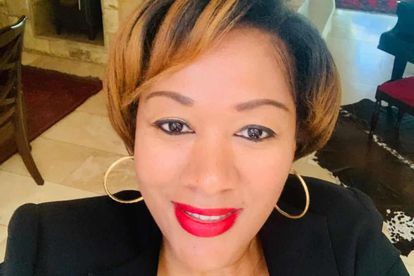 The wife of a South African National Defence Force (SANDF) member, implicated in suspiscious contracts worth at least R100 million, has been granted R80,000 bail.

Nombasa Ntsondwa-Ndlovu was arrested in the early hours of Wednesday, 14 October 2020, and was released on bail, under several conditions including that she make no contact with witnesses and hands in her passport to the investigating officer.

The matter has been postponed to 9 December 2020 for the prosecutor in the case to supply Ntsondwa-Ndlovu with necessary documents.

“It is alleged that she provided false information/documents as part of the tender process,” said the National Prosecuting Authority’s (NPA) Sipho Ngwema.

She is then said to have been awarded another contract of R103 million, again to transport SANDF equipment. The soldiers were then recalled from service in the African countries and this led to the cancellation of the second contract.

“The accused then claimed R30 million from the SANDF whilst alleging that she had already, before the cancellation, incurred expenses to that value. Documents which appear to be false were provided to show the expenses,” Ngwema further said.

She is then said to have received another transport contract for the Democratic Republic of Congo (DRC), worth R79 million.

An investigation into the tender found several flaws, including that some of the companies which were listed as candidates, had no knowledge of the contract and that others had even been closed down.

The contracts were all awarded without the necessary tender processes being followed. Ntsondwa-Ndhlovu is married to Major General Noel Ndhlovu, but she has maintained that she began her work before she knew her husband.

In an interview with Enca, Ntsondwa-Ndhlovu said her husband never sat in any committees that were doing the adjudication.

“He is just a medical doctor, his responsibility in the SANDF/SAMS is to worry about the well-being of a soldier, that’s it,” she said.