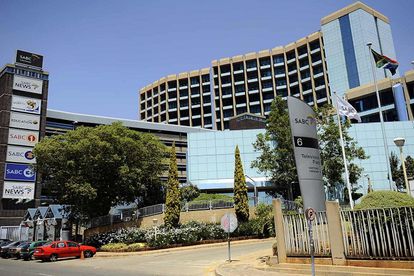 The SABC confirmed on Saturday that members of the South African National Defence Force had been deployed at its offices in Auckland Park, Johannesburg, and in Durban.

Group Executive of Corporate Affairs and Marketing Gugu Ntuli said this was done to protect the public broadcaster’s premises and staff.

Ntuli said the deployment was made in light of the recent unrest in the two provinces. The SABC premises are national key points.

ALSO READ:Uh oh: SABC ‘distances’ itself from a Twitter blunder

“The SABC, therefore, refutes, with the necessary contempt, the misleading and malicious allegations that there is an ulterior motive for the presence of the SANDF at its premises.

Ntuli said said in the exercise of their responsibilities, the members of the SANDF engage with the SABC’s internal security to familiarise themselves with some internal security processes and National Key Point activities, including News.

The SANDF were deployed to National Key Points during the riots in July, and SABC premises are part of the deployment.

SANDF spokesperson Brigadier General Mafi Mgobozi has reportedly said the deployment would remain until they are told to withdraw.
“Our soldiers, when the violence started, the unrest, we started deploying our soldiers to national keypoint areas.

“The SABC was one of them. We deploy our soldiers to most of the SABC stations. And then this deployment will continue until we receive instruction from the Commander in Chief that our soldiers must start withdrawing from the areas where they are.”

Earlier this week SANDF said deployment in South Africa, due to the unrest, will be decreased from 25 000 to 10 000 in the coming days, according to Defence and Military Veterans Minister Nosiviwe Mapisa-Nqakula.

She was speaking to the Joint Standing Committee on Defence on Thursday evening.

Mapisa-Nqakula also briefed the committee on the deployment of 1 495 South African troops to help quell an insurgency in Mozambique’s northern province of Cabo Delgado.

According to Mapisa-Nqakula, papers are already on its way to President Cyril Ramaphosa to decrease the internal deployment.

She said the focus of the deployment would be on KwaZulu-Natal – which had borne the brunt of the violence last month – Gauteng and the Western Cape, which is plagued by taxi violence.