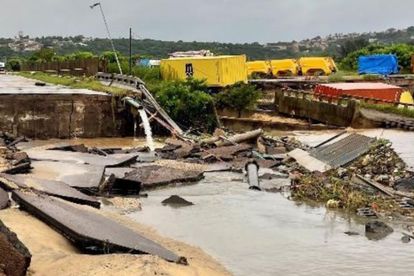 South Africa is in the eye of the climate change storm, according to SALGA this is due to corruption, poor planning and infrastructure. Photo: Supplied

South Africa is in the eye of the climate change storm, according to SALGA this is due to corruption, poor planning and infrastructure. Photo: Supplied

The country is in poor shape if it hopes to survive the natural disasters of climate change. The South African Local Government Association (SALGA) says this is due to corruption, poor planning and outdated infrastructure.

COMMUNITIES AND GOVERNMENT MUST DO MORE

SALGA’s climate change advisor Slindile Maphumulo explained the dire straits South Africa is in as she if municipalities were suitably responsive to climate change.

Maphumulo spoke at a webinar between the Government Communication and Information System, together with the Department of Forestry, Fisheries and the Environment as well as SALGA.

Her sentiments were simple; an entrenched culture of poor planning, infrastructure issues and corruption has left communities and municipalities unprepared for the devastation the climate crisis can wreak on the country.

“Communities or municipalities are just not prepared to face climate-related threats. Citizens and government must come together to respond to climate change,” says SALGA’s senior climate change advisor .

Her comments came with the backdrop of the recent floods that wrought chaos in Kwa-Zulu Natal. Over 400 people lost their lives and about 40 000 others were displaced. Physical infrastructure like bridges, roads, ports, electricity grids, internet and communication systems were also destroyed by the torrential downpours.

Maphumulo highlighted that the bygone age of apartheid and its infrastructure is no match for the modern-day challenges of climate change.

An assessment by SALGA on District Development Model plans reveals that a majority of municipalities are not adequately responsive to climate change.

“South African infrastructure and facilities that were designed decades ago were done so without the climate future in mind. The apartheid planning systems, and at that time, yes, they were good, but with more people coming into our municipal spaces, we do not have that capacity to take on more people,” she says.

An issue, explained Maphumulo, is that climate-resilient education was lacking but SALGA is working on solving the issue. She says it is essential for city planners, emergency planners and all community planners going forward in order to prepare for climate change.