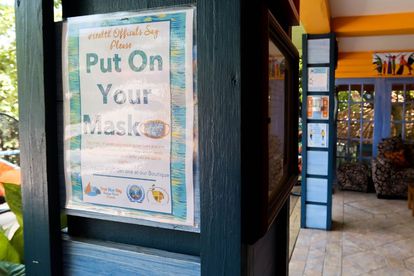 Last Wednesday, 4 May, during the final moments of the day around midnight South Africans had their realities altered. Health Minister Joe Phaahla announced new limited Covid-19 regulations before the previous ones expired on Wednesday evening.

In the letters is an ultimatum, withdraw last week’s health regulations by 12:00 on Wednesday, 18 May, or face litigation to have them set aside.

“In our letter, the President and Minister Phaahla is requested to engage with Sakeliga. The letter also sets out several of our objections to the regulations. Failing to withdraw the regulations, Sakeliga’s litigation will bring important legal scrutiny to bear on the regulations,”

The public interest business organisation notes in its letter that it has perused the court applications already brought by various organisations including AfriForum and Solidariteit in which the urgent review and setting aside of the regulations is sought.

“Even though current and likely future applicants’ various positions on the regulations differ slightly, the applications are well-founded and the regulations will not withstand constitutional scrutiny,”

SOCIAL STABILITY AND TRUST IN GOV AT RISK

Le Roux believes the additional scrutiny includes Sakeliga’s emphases that the regulations, even beyond their specific restrictions on mask-wearing, gathering, and so forth will be detrimental.

“Regulations harm social stability, levels of trust, and cohesion on an additional level. The government is turning civil society into their personal enforcers by transferring responsibility for implementing these restrictions, compulsions, and discrimination. Businesses, churches and other religious groups, educational institutions, and more are being used as agents of the state,”

“On one hand is a public which overwhelmingly rejects in one way or another the regulations and, on the other hand, the organisations that make up organised society. In the case of businesses, this risk is especially pertinent, given the frequency and scale by which they are victims of crime and targeted during social unrest. The breakdown of civil co-operation from these regulations will structurally raise the cost of operating as an organised civil society, including of doing business, in South Africa, to the lasting detriment of public welfare,”