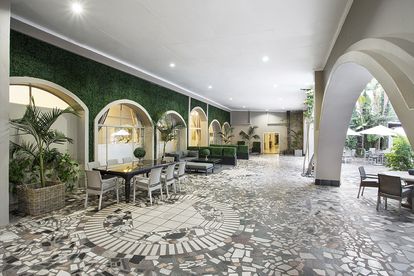 The Democratic Alliance (DA) has called for Defence Minister, Thandi Modise to explain the ‘dodgy’ leasing of the Saint Georges Hotel and Conference Centre in Irene, Pretoria.

The hotel which was mostly used for ANC NEC meetings closed down in February. It has reportedly been leased to house the Department of Defence’s War College and the SA National Defence College.

Reports have surfaced questioning the details of the lease agreement and whether political pressure played a role in the speedy process to lease the hotel. The deal reportedly cost R5 million.

DA shadow minister for Defence Kobus Marais said at first glance, there seems to be multiple irregularities with the lease contract, which could in turn be exploited by corrupt individuals looking to further fleece the State.

“The Saint George Hotel is intimately tied to the history of the ANC – many of the party’s historic meetings were held there and it was also where Minister Modise and Minister in the Presidency Mondli Gungubele were held hostage after a meeting with military veterans.

The hotel made headlines in late 2021 when members of the uMkhonto we Sizwe Military Veterans Association (MKMVA) held the Defence Minister Thandi Modise, Minister in the Presidency Mondli Gungubele and Deputy Minister of Defence Thabang Makwetla hostage.

It is also the same hotel where prominent ANC members held closed-door talks that led to the recalling of former president Jacob Zuma back in 2018.