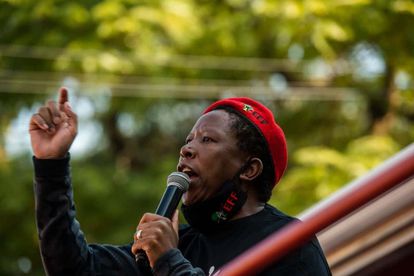 The South African Human Rights Commission (SAHRC) is instituting legal proceedings against the Economic Freedom Fighters (EFF) for endorsing and making comments from the late former president Robert Mugabe public on social media in 2019. According to the SAHRC, the EFF committed a violation by posting Mugabe’s comments.

On Wednesday 16 September, the SAHRC said it would be taking legal action against the party in the equality court.

“The Commission commenced proceedings at the Equality Court on the 19th of August 2020 regarding content distributed by the EFF on 14 September 2019,” it said.

The SAHRC said the EFF and its leader Julius Malema distributed through Twitter and Facebook a video that contained a number of quotes from the late former president of Zimbabwe Mr Robert Mugabe.

“The proceedings relate to four statements repeated on a video that bore the EFF’s logo. Among the statements made were that ‘(t)he only white man you can trust is a dead white man” and “(o)ur party must continue to strike fear in the heart of the white man, our real enemy,” said the SAHRC in a statement.

“The Commission is of the view that these constitute various violations of the Promotion of Equality and Prevention of Unfair Discrimination Act 1 of 2000 (the “Equality Act”),” it added.

The Commission said that there have been challenges over the past few weeks in serving the papers to the EFF, however, once the papers have been served to the EFF they will be filed in court.

The EFF, in its video, posted these quotes from Mugabe back in 2019;

“I have requested that the Court consider my request to instruct Julius Malema and the EFF to individually or jointly call a press conference in which they apologise unconditionally for the damage caused by branding white South African citizens as being foreigners who should be subjected to violence.”