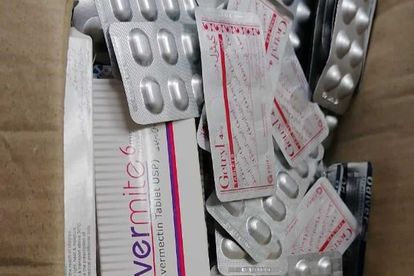 The South African Health Products Regulatory Authority (SAHPRA) once again said it does not recommend the use of Ivermectin for COVID-19 treatment. On Friday, 3 September, the regulator said its stance on the medicine is aligned with the US Food and Drug Administration (FDA), which says that Ivermectin does not have proven anti-viral properties against COVID-19 but is effective at treating parasitic conditions in animals.

SAHPRA ON THE SAME IVERMECTIN PAGE AS FDA

SAHPRA said Ivermectin can be used to treat certain conditions in humans – in very specific doses – such as parasitic worms and a topical formula for head lice and skin conditions like rosacea is available in the country.

“The USFDA was made aware of reports of individuals self-medicating with Ivermectin and some even using the animal formulation. SAHPRA in its statement on 28 January 2021, reiterated that taking such a drug without it undergoing the requisite testing and protocols could impact one’s health adversely and could also lead to death,” said SAHPRA in Friday’s statement.

There are some approved Ivermectin products available in South Africa because of the Ivermectin Controlled Compassionate Use Program that was implemented by the regulator in January 2021. The products on the list are deemed suitable for human use. The list can be found here: https://s21portal.sahpra.org.za/.

SAHPRA said its focus is on the health and wellbeing of the public and therefore it continuously engages with both the scientific and medical community to ensure the public has access to “reliable quality” Ivermectin-containing products that are safe for human consumption.

The regulator is also keeping an eye on the illegal sale of “so-called Ivermectin” by dodgy individuals. SAHPRA said the public should never buy the medicine online or from unauthorised dealers.