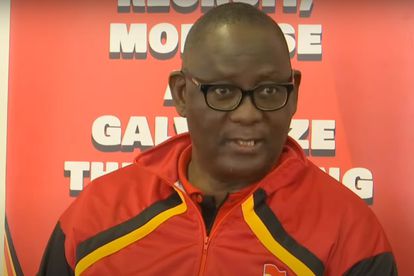 The South African Federation of Trade Unions (SAFTU) held a press briefing ahead of the national shutdown planned for Wednesday, 24 August. According to the union, over 200 working class formations, non-governmental organisations (NGOs) and other civil society groups are expected to participate in the shutdown, which is meant to defend the interests of the working class.

SAFTU WANTS A BASIC INCOME GRANT FOR THE UNEMPLOYED

Secretary-General, Zwelinzima Vavi, commented on the rising cost of living and said many workers are losing buying power as their wages are frozen or increased below the consumer price index.

“That is why we need to fight for a living wage, since the current national minimum wage of R23,19, per hour, which is R3 895,92 for workers working 21 days per month, is R800 less than the cost of the household food grocery,” said Vavi.

He added that “catastrophic unemployment” makes it harder for households to cope because of the burden of looking after unemployed family members.

Vavi proposed a basic income grant (BIG) of R1500 for South Africa’s unemployed to “offload the baggage on the employed members of the family and cushion the effects of unemployment on the 12.4 million people who are unemployed.”

When questioned about where the money to fund the grant will come from, Vavi said SAFTU wants at least R1 trillion to be set aside for the government to use to intervene in times of crisis.

“All other progressive governments – even liberal governments like the USA – have had to do the same thing we are refusing to do.

“To set aside a sizeable amount of new money, not money shifted from other services, and we have suggested where that money can come from.”

Quantitative Easing (QE) is one of the proposals put to the South African Reserve Bank (SARB) by SAFTU. According to Forbes, QE is a monetary policy strategy used by central banks to stimulate the economy during a financial crisis. By purchasing securities, the bank may reduce the interest rate and increase the supply of money.

However, the move is not risk-free. According to the business publication, some of the downsides of QE are inflation, asset bubbles and income inequality.

As things stand, the South African Social Security Agency (SASSA) has a R44 billion budget for the 2022-2023 financial year. This is enough to pay the R350 social relief of distress (SRD) grant to approximately 10.5 million South Africans per month.

The SRD grant is set to expire in March 2023. However, civil society groups are pushing for a permanent grant. President Cyril Ramaphosa previously indicated that something of a similar nature is in the government’s plans. Whether it materialises remains to be seen.