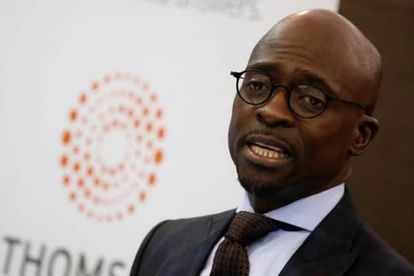 South Africa’s Finance Minister Malusi Gigaba looks on as he speaks during the Thomson Reuters economist of the year awards in Sandton, South Africa July 13, 2017.

South Africa’s Finance Minister Malusi Gigaba looks on as he speaks during the Thomson Reuters economist of the year awards in Sandton, South Africa July 13, 2017.

The South African Federation of Trade Unions (Saftu) made it very clear just how much faith they had in Malusi Gigaba to deliver a budget that works for South Africa.

The Finance Minister will deliver his maiden Medium Term Budget Policy Statement (MTBPS) to Parliament on Wednesday afternoon. He is expected to outline the government’s financial priorities, and discuss their three-year spending plan.

The odds are heavily stacked against Gigaba to keep everyone happy. His appointment as Financial Minister came under a cloud of controversy, as he replaced the well-liked Pravin Gordhan during Zuma’s midnight cabinet reshuffle in March.

Gigaba is also heavily implicated in state capture, with OUTA filing charges against him for fraud relating to his work with the Guptas. Saftu believe he is incapable of delivering any meaningful changes to the South African economy.

Saftu claimed that his MTBPS would be a case of the rich looking after the rich. In a statement issued last night, they lambasted him as a ‘major part of the problem’:

“It will be ‘business as usual’ with assurances to rich investors that their money is safe with him. Meanwhile, the poor will be left even further behind.”

“Saftu is confident that he will be exposed as a fake. He may use a few ‘radical’ phrases and lament South Africa’s sad ‘legacy of left-behind people’, as he recently called the poor. but his policy will be just a new bottle for the same old rancid wine of World Bank-inspired neo-liberalism.”

“The reality is that Gigaba will be silent about all these matters. He is himself deeply implicated in all of them. He is a major part of the problem rather than the bringer of a solution. To expect any positive solutions is to expect a fire-fighter to dowse the inferno with a flame-thrower.”

The Minister is also expected to clarify the party’s position on ‘Radical Economic Transformation’. This phrase has become highly divisive, and seen its actual meaning flip-flop in recent months.

There’s no doubt our economy needs a serious shake-up. But can this lot really be the people we trust to do it?

Late development as another Pirates player to be loaned out