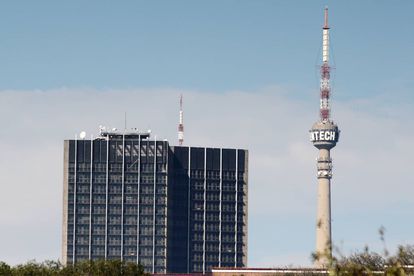 The South African Broadcasting Corporation (SABC) on Sunday dismissed media claims that it plans to cut staff, saying it does not have any new plans to retrench staff.  SABC spokeswoman Vuyo Mthembu said in a statement:

“The South African Broadcasting Corporation (SABC) has noted the Sunday Time’s article published today [Sunday] ‘SABC’s plan cuts up to a third of staff’ and refutes the claims made in the story.”

“The SABC would like to put on record that it does not have any new plans to retrench staff, and the [Sunday Times] journalist only enquired about the 11 preconditions in relation to the SABC’s application for funding to National Treasury. There was no discussion around the issue of retrenchments.”

In addition, it should be reiterated that on January 31, the corporation announced that it had aborted the process of section 189 of the Labour Relations Act (LRA) and would not renew the notice to invoke section 189.

This followed constructive and extensive engagements with various stakeholders, including the parliamentary portfolio committee on communications, organised labour, and company employees.

“Currently, there is a skills audit underway under the auspices of the department of communications, and following this process the results of the skills audit in relation to staff optimisation will be fully engaged with all stakeholders, including organised labour and employees.”

Troubles at the state broadcaster

The SABC requested that the process of the funding application be allowed to be finalised in order not to create panic and uncertainty among SABC employees and the public at large, Mthembu said.

As we reported earlier in the week, the DA has lambasted Communications Minister, Stella Ndabeni-Abrahams for allegedly misleading Parliament in her refusal to disclose the contents of a letter regarding SABC, that was sent to her by Finance Minister, Tito Mboweni.

According to the DA’s Shadow Minister of Communications & Digital Technologies, Phumzile Van Damme, Ndabeni-Abrahams deliberately “withheld from Parliament that Finance Minister, Tito Mboweni, in a letter, had declined to provide a guarantee to the SABC.”