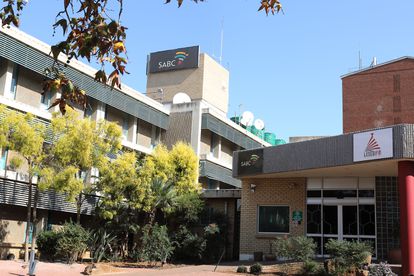 Jafta Mofokeng, the 27-year-old accused of breaking into the South African Broadcasting Corporation (SABC) premises in January, appeared in the Bloemfontein Magistrate’s Court on Tuesday.

THE CASE WAS POSTPONED TO NEXT WEEK

“Mofokeng appeared before the Bloemfontein Magistrates’ court today, where he faced charges of business burglary, trespassing, malicious damage to property, and intimidation.”

Singo said the case was postponed to 15 February 2022 for a formal bail application.

A security officer was in the control room when he saw through the security camera that there was an intruder inside the building.

More security officers were called and went to investigate the apparent security breach.

He was shot and wounded during a scuffle with the guards. He was arrested on the same day and was admitted to the hospital in Bloemfontein.

ALSO READ: ‘Next time it will be a boom!!’: Suspect shot after breaking into SABC offices

Last month the SABC News said several suspicious packages were seized from the suspect upon his arrest, which involved the police’s bomb squad.

Free State Hawks spokesperson Christopher Singo told the broadcaster that nothing had been stolen from the SABC offices.  However, according to the SABC, the suspect had allegedly interfered with the broadcast satellites.

The suspect also left several threatening messages on the building’s walls, written with what appears to be a black permanent marker.

The messages read as follows, according to photographs taken by a SABC journalist:

“Sakina always love you. We belong together.”

Meanwhile, the EFF in the Free State said it viewed the burglary at the SABC building in Bloemfontein as a direct attack on the values of the country’s constitution.

EFF Provincial Secretary, Bosanku Msimanga says the incident is concerning as it happens after death threats were levelled against SABC journalists in Bloemfontein, in December last year.

The party has called on all those who are involved in the acts of criminality to act in a civilised manner if they feel hard done by the public broadcaster.