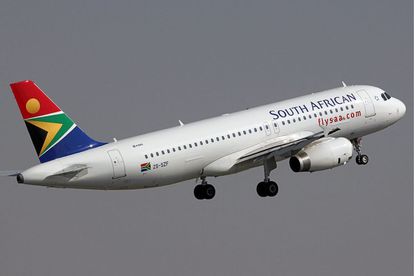 An aviation expert explained the problems SAA could face if its air service licences are suspended. Photo: cv880m / Flickr

An aviation expert explained the problems SAA could face if its air service licences are suspended. Photo: cv880m / Flickr

SAA given 90 days to ensure compliance obligations are met

SAA was recently given just 90 days to ensure it meets its compliance obligations and provides more details about the deal and acquisition with Takatso Consortium. This deadline was given by the South African Air Services Licensing Council.

Speaking to SABC News, Mojapele explained that the suspension of the licences does not mean that a company cannot fly again or even get a licence again. He stated that if a licence is suspended, the company would need to provide reasons that they are capable of continuing to fly again.

He further explained that the council decides who to give routes to in terms of South African registered companies or airlines as these routes need to be maintained.

“The license would be suspended. But suspension does not mean that you would not be able to fly again or you won’t be able to get a license. It simply means that when you get suspended, you need to provide the reasons – and stipulated on the letter that you were issued with – that you are able to continue flying and be able to service the license, the license that the SAA operates on, or any other airline in the borders of South Africa, not the government. It’s not your own routes, nobody owns the routes, they belong to the state,”

To prove that its business model with Takatso Consortium is capable of securing the licensing conditions, SAA will need to submit proof.

The low-cost carrier has reportedly been in business rescue since July 2021.TimesLIVE reports that this news follows Mango’s administrator Sipho Sono revealing that a consortium bidding to rescue the airline presented both satisfactory and adequate proof of funding.

The unnamed consortium has until 10 August to provide a bank guarantee in favour of Mango for the full purchase offer, reports CH Aviation. If this is provided by 10 August, SA Airways and the Government will receive a proposal. Read the full story here.