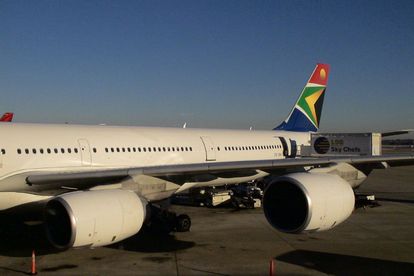 After suffering a series of consecutive disasters at the end of 2019, which culminated in the national carrier being placed under business rescue administration and having major routes chopped from its roster, SAA remains a thorn in the side of government’s ailing fiscus.

While SAA may welcome the National Treasury’s gratuitous bailout, this latest ‘helping hand’ announced by Mboweni has garnered fierce condemnation from the embattled tax payer. In the wake of Mboweni’s Budget Speech, the Democratic Alliance (DA) released a scathing statement on government’s “vanity project”, noting:

“The whole business rescue of SAA was clearly a farce on the part of the ANC in an effort to prevent liquidation and keep control of SAA. Nothing has really changed and SAA will continue to be a massive drain on state revenue.

“It is outrageous that funds desperately needed to stimulate the economy and the creation of jobs is to poured into the SAA vanity project.”

Alf Lees, DA member of the standing committee on public accounts (SCOPA), added that the SAA bailout was “shameful” when compared to the meagre 5% increase allocated to child grants.

A national carrier in distress

The latest government bailout follows dire financial and operational circumstances which saw the national carrier grounded in late November 2019. Adding to the airline’s woes, trade unions embarked on debilitating strike action which resulted in a serious drop in revenue – at a time when SAA could least afford it.

Shortly before being placed under business rescue administration, Public Enterprises Minister Pravin Gordhan afforded SAA a brief reprieve in the form of a R2 bailout. Gordhan, however, denied that the financial help was to be classed as a bailout, instead noting:

“It must be clear that this is not a bailout. This is the provision of financial assistance to facilitate a radical restructure of the airline.”

Since 2010, the government has ploughed approximately R16.5 billion into the embattled airline. This latest bailout matches that total amount.