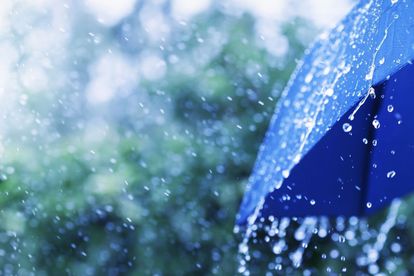 Listen up, Mzansi. We may have experienced a bit of sunshine here and there but not so fast, we’re in for another cold front meaning very cold and wet weather, which could result in more snow.

The South African Weather Service (SAWS) released a statement on Wednesday, issuing Yellow Level 2 and Level 1 weather warnings. In other words, an INTENSE cold front is expected to bring widespread rain, LOW temperatures and snow to certain parts of SA.

WHICH PROVINCES ARE IN FOR A COLD FRONT THIS WEEK?

According to SAWS, the cold front will bring very cold and wet weather to parts of the Western Cape and Eastern Cape on Thursday 12 August 2021.

While it seems, the cold front will mainly affect the Eastern and Western Cape, parts of other provinces like the Northern Cape and KwaZulu-Natal will not be entirely spared.

“Good rainfall amounts can be expected along the Garden Route of the Western Cape and the south coast and adjacent interior of the Eastern Cape,” it said.

The Eastern Cape has been issued with a Level 2 weather warning which means the cold front will result in showers and rain over most parts of the Eastern Cape on Thursday (from 6:00 until 22:00) with significant falls on the South Coast and adjacent interior with rainfall accumulations of 30-50mm. This can result in localised flooding of susceptible informal areas and low lying bridges and roads.

The Western Cape, on the other hand, was issued with a Yellow Level 1 weather warning meaning continuous rainfall is expected for most of the day along the coastal municipalities of the Garden Route on Thursday.

“The bulk of the rainfall is expected during the morning into the early afternoon. Rainfall accumulations between 20-30mm, reaching 40mm in the mountains can be expected,” it said.

SAWS went on to say that the cold front, after reaching the Eastern Cape and Western Cape, could spread to KwaZulu-Natal on Friday 13 August.

“The public and small stock farmers are advised that very cold, wet and windy conditions with snow on the high-lying areas can be expected,” it said.

“A cut off low is expected to affect the Eastern Cape, Free State, eastern and south-eastern parts of the Northern Cape from Friday night into Saturday resulting in very cold, wet and windy conditions with snow on the high-lying areas (13-14 August 2021),” it added.