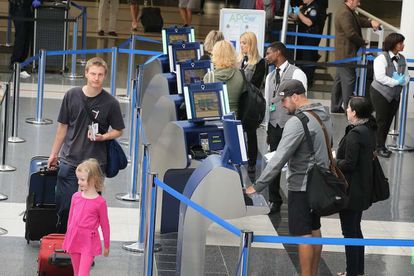 Director-General of the Department of Home Affairs, Mkuseli Apleni addressed media on Friday to relay the progress made since the announcement of the amendment programme outlined by the Inter Ministerial Committee (IMC) at the end of October last year.

Despite much upheaval from the tourism industry about the DHA taking the full three months allowed to the department in order to put the IMC changes into effect, Apleni said at the briefing,  “We are indeed on course”.

The DHA said going forward, South Africans applying for new passports for minors will receive a document detailing both parents particulars, and that this would be the accepted travel document instead of the unabridged birth certificate. The process however, still needs to be rolled out.

While South Africa has two versions of the birth certificate, an abridged (issued for newborns up until 2013) and an unabridged birth certificate detailing both parents details (issued to all newborns since 2014) – this requirement has not been scrapped, since all parents need to apply for it when registering their babies, the department said.

What will change over the next 3 to 12 months is the need to travel with the birth certificate document, since the new updated version of the passport will become the recognised travel document.

Added to this, the department said international visitors who have gone through the process of applying for a visa in order to enter South Africa, would not be required to provide birth certificate identification provided both parents are travelling with the minor. Parents of minors from visa exempt countries are however advised to strongly travel with the birth certificate, should it be requested by immigration officials.

Additional priorities to be addressed in the next three months include:

– Consider a visa-waiver for India, China, Russia and other countries.

– Look at issuing visas on arrival for persons travelling to SA having in their passports valid visas for the UK, USA and Canada or any other country that applies stringent checks on visitors to their countries, to ease travel for tourists.

– Open two Business Visa Facilitation Centres in Durban and Port Elizabeth, in addition to the centre recently opened in Sandton.

NOTE: A previous version of this article incorrectly stated the DHA would scrap unabridged birth certificates for minors – South African parents are still required to apply for birth certificates for their children, the new passport detailing both parents particulars is set to come into effect as the preferred travel document in the next three to 12 months. International tourists headed to South Africa, from visa-waivered countries are strongly advised to still carry a birth certificate as issued by their country of origin, according to the department of home affairs.