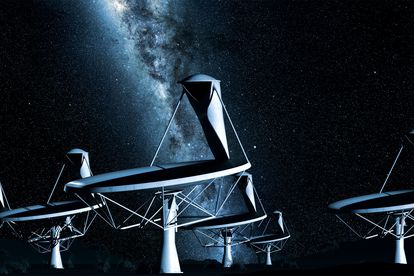 Britain will contribute £100 million worth of funding to the Square Kilometre Array (SKA) project, it was announced on Tuesday.

The SKA project is an international effort to build the world’s largest radio telescope, with a square kilometre (one million square metres) of collecting area. South Africa and its eight partners on the continent will host two-thirds of the technology and Australia the remaining third.

The SKA will be at least 50 times more powerful than the Hubble Space Telescope and 10 000 times faster than any other radio telescope. In a huge leap forward in engineering, research and development, it will use hundreds of dishes and hundreds of thousands of antennas connected together by optical fibre.

Deploying thousands of radio telescopes, in three unique configurations, will enable astronomers to monitor the sky in unprecedented detail and survey the entire sky thousands of times faster than any system currently in existence.

Thanks to its sheer scale, the SKA is expected to address fundamental unanswered questions about our universe, including how the first stars and galaxies formed after the Big Bang, how dark energy is accelerating the expansion of the universe, the role of magnetism in the cosmos, the nature of gravity, and the search for life beyond Earth.

Britain, a major player in the SKA project, hosts the head office of the international SKA Organisation at the Jodrell Bank Observatory near Manchester.

According to the Department of Science and Technology, South Africa and the UK are “already collaborating extensively in the field of radio astronomy, with 25 research organisations and more than 80 individual scientists from the UK directly involved in the large survey teams that will use the MeerKAT telescope for research during its first five years of operation.”

This includes scientists from Oxford University and from Manchester University. There is also extensive SKA-related co-operation on big data and high-performance computing with Cambridge University, which South African Science and Technology Minister Derek Hanekom visited in January.

South Africa is currently building the 64-dish MeerKAT, which is due to come online in 2016 both as the country’s precursor to the SKA and as one of the most powerful telescopes in the world in its own right.

The South African government has made a contribution of close to R4 billion to MeerKAT and its associated human capital development programmes.

MeerKAT, with a further 190 antennas to be built on the same site, will make up the first phase of the mid-frequency component of the SKA.