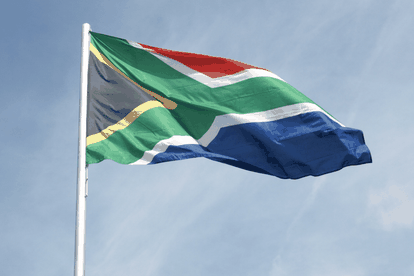 Flag of South Africa by claudiodivizia via canva.com

Flag of South Africa by claudiodivizia via canva.com

The report analyses FDI in 46 African countries and considers factors such as job creation and FDI projects.

From a project point of view, South Africa maintained its position as the continent leader with a 6.9% increase in FDI projects from 2015.

“There was a strong pickup in FDI activity in the consumer products and retail (CPR) sector, where projects more than doubled from 19 in 2015 to 41 in 2016. Even as its economy remains under pressure, South Africa retains its appeal as a launchpad for growth across the continent.”

In addition to its Attractiveness Report, EY also developed further analysis, called the EY AAI 2017, based on African countries’ resilience in the face of current macroeconomic pressures, as well as progress in the areas of governance, diversification, infrastructure, business enablement and human development.

EY AAI 2017 measures the FDI attractiveness of 46 African countries on the basis of six broad pillars that act as key determinants for choosing a location to invest.

According to this measure, South Africa scored overall second place along with Kenya, with Morocco in the first position.

In 2016, Morocco regained its place as Africa’s second largest recipient of FDI, with projects and capital investment up 9.5% and 46.2%, respectively.

“Investor confidence in Morocco is aided by a stable administration, even during the Arab Spring,” the report says. “Morocco has increasingly marketed itself as an export base for Europe, Africa and the Middle East. The country’s automotive sector has especially attracted investor interest, with FDI projects increasing from 5 in 2014 and 10 in 2015 to 14 in 2016.”

Heightened geopolitical uncertainty and multispeed growth across Africa presented a mixed FDI picture for the continent.

China emerged as the biggest job creator on the continent.

Capital intensive projects were especially significant in the real estate, hospitality and construction (RHC), and transport and logistics sectors. The continent’s share of global FDI capital flows increased to 11.4%, up from 9.4% in 2015. That made Africa the second-fastest growing destination when measured by FDI capital.

The report notes that companies already doing business in Africa will continue to invest, but will probably exercise a greater degree of caution and be more discerning.

EY said it is still of the view that any shorter-term shifts in FDI levels will be cyclical rather than structural.

“Over the longer term, as economic recovery slowly gathers pace and as many African economies continue to mature, we also anticipate that levels of FDI will remain robust and will continue to grow.”

According to the report, foreign investors tended to gravitate toward the larger, more diverse economies in Africa, such as South Africa in the south, Morocco and Egypt in the north, Nigeria in the west and Kenya in the east.

“Collectively, these markets attracted 58% of the continent’s total FDI projects in 2016. Given that these markets are the dominant anchor economies in their respective regions, they provide investors with greater scale and relatively more mature markets.”