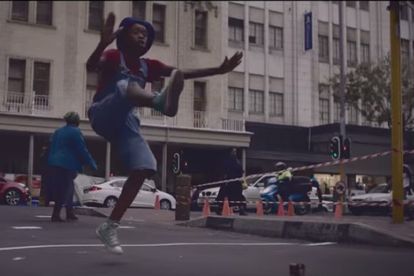 Directed by Dan Mace, Gift tells the story of a child from the township who “dances to the sounds of his fears”.

The three-minute film stars Lwando Qhanga and shows how sometimes in life you may not be able to control your surroundings, but you can control the way you see them.

The website has the following to say about the short film:

“The focus was on telling a story of someone who is oppressed and surrounded by poverty, which to the the world seems hopeless, yet Gift understands he has the ability to see his world differently through what he sees and what he hears. Thus sound and visuals are equally weighted as the one amplifies the other.

“The film is a poetic story of a day in the life of Gift shot in a fairytale-type light of how he turns his experiences into something beautiful. A video mic zoom h4m eternal sound recorder was to capture organic sounds to amplify the organic reality of his environment.”

Gift behind the scenes: