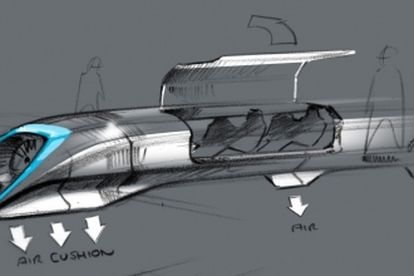 MARK SHUTTLEWORTH is a well-known South African millionaire who made his fortune at the height of the dot-com expansion by inventing security solutions for online retailers. What many people don’t know, however, is that after selling his company, Thawte, to security conglomerate VeriSign, Shuttleworth went on to develop Ubuntu, a derivative version of Linux used by software developers.

Now he wants to crowd-fund the development of the world’s first smartphone that would be as powerful as an actual computer without compromising size. The ambitious project aims to attract $32 million from sexy geeks all around the world and has already pushed beyond $7 million since its inception.

The specifications of the device sound like a paradigm shift in mobile technology. Between processing speeds that eclipse the fanciest current products, a state-of-the-art screen made entirely of sapphire glass and a battery that just won’t quit on you, it really does sound more like a PC in your pocket than a glorified iPhone.

The first 40,000 donors pledging $725 or more will automatically be entitled to get an UBUNTU EDGE phone fresh off the first production line, so if you’re looking for an unusual investment or a one-of-a-kind present for your loved one, you may not want to look any further.

But Shuttleworth isn’t the only South African visionary in the market, who is turning science-fiction into reality. Elon Musk, another son of Mother Africa, is also busy stirring up Silicon Valley. One of the masterminds behind PayPal, Musk went on to produce the world’s first electrically powered sports cars, aptly named Tesla. With a powerful battery nestled between two tires, these impressive cars run solely on electricity for hundreds of miles and, unlike their European and Japanese cousins, do no resemble a tin can on wheels.

Musk’s latest project, however, sounds even more daring than Shuttleworth’s attempt to put a PC in your pocket: Musk wants to build a new mode of transport that would connect the US cities of Los Angeles and San Francisco in 30 minutes. The Hyperloop, conceived as part train and part tunnel, sounds like every nerdy boy’s dream come true or like a true Randian phantasy incarnate.

Propelled in the manner of a rail gun, the technology behind the new mode of transport would involve electromagnets shifting the passenger pods through a tunnel with virtually no interference on account of friction. While magnet rails are already being rolled out in China, surpassing any speed records set by previous mass ground transportation modes, Musk’s tube is set to even break the speed of sound. That said, the idea is no revolution in itself but merely an elaboration on the pneumatic tubes of yesteryear found at banks and retailers.

The journey from Los Angeles to Frisco Bay, which normally takes six hours by car, would not only benefit California’s twin cities but would also set precedents for other global hotspots. Imagine checking in at Cape Town station and walking out again in Jo’burg an hour later. The possibilities are virtually limitless, keeping South Africa on the forefront of invention and innovation.