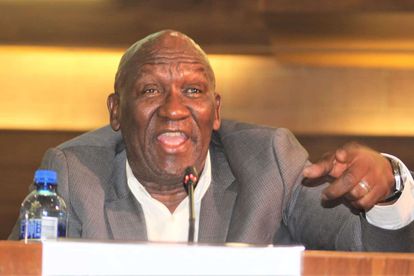 The ban on all establishments serving alcohol after 18:00 imposed in response to the COVID-19 outbreak, will be enforced with the help of police “spotters” — some in uniforms but some in plain clothes, Police Minister Bheki Cele said on Friday.

“As from today, as the South African police, we are appointing spotters. Those spotters will be in these places, especially those places that sell food and alcohol,” Cele told a media briefing.

He said it should be clear that the ban applied to all bars, taverns and restaurants, regardless of their normal closing hours. Those that serve food may remain open past 18:00, but any alcohol ordered before the cut-off time, may not be consumed after “the clock strikes six”.

At this point, bottles would be removed from tables.

“We want to reiterate this because there seems to be a little bit of confusion. At six o’ clock, selling and consumption of alcohol shuts down,” he said.

Police spotters would be deployed to monitor that the cut-off time for alcohol sales and consumption was observed, but also that pubs and restaurants respected the limit of 50 patrons in an establishment at a time, the minister said.

The limit was set lower than the general ban of a maximum of 100 people imposed by the state on all other gatherings, Cele explained, because when people were “drinking and dancing” they were less likely to practise the social distancing appropriate during the current health crisis.

“We will have these spotters and we will make sure that if you break those laws, police will disperse the people there if there are more than 50 there, and we will take into detention the owner or the organiser of any event that is more than 50 at this juncture or 100 out there.”

Keep registers of patrons for tracing

He said police were also asking restaurants to keep registers of all patrons who visited their establishments.

This was to enable the government to trace all those who had been there at the same time as another customer who later tested positive for the Covid-19 virus as part of efforts to contain the spread of the disease, which has killed more than 10 000 people worldwide.

“So they will have to keep the registers, so that police at any given time they come, can find those registers and are able to trace the people who were supposed to be there.”

The general ban on drinking in public was absolute and would be strictly enforced by the police, he stressed.

“There will be no street bashes.”

Drinking at home and domestic violence

He said the police accepted concerns raised that restricting drinking to home after 18:00 might lead to more incidents of domestic violence and therefore he was deploying members of the police’s family violence, child protection and sexual offences (FCS) units at all police stations while the restrictions were in place.

“We are putting our FCS units at all police stations to be able to respond to any form of abuse at home. “