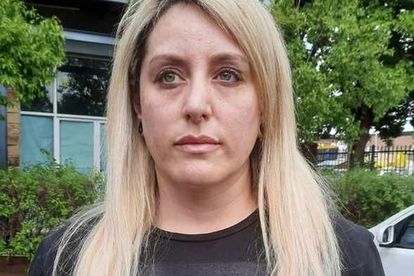 Irishwoman Ruth Lawrence was nabbed in Bloemfontein by the Hawks. Image: Supplied.

Irishwoman Ruth Lawrence was nabbed in Bloemfontein by the Hawks. Image: Supplied.

Ruth Lawrence, 42, was arrested by the Hawks in Pellisier, Bloemfontein on Tuesday, 4 October. She has been on the run since 2014 and is wanted by the Irish police in connection with a double murder that took place in County Meath.

LAWRENCE IS TO APPLY FOR BAIL NEXT WEEK

Lawrence made a brief appearance in the Bloemfontein Magistrate’s Court on Wednesday. National Prosecuting Authority (NPA) spokesperson in the Free State, Phaladi Shuping, told The South African the matter was postponed to 12 October.

“She is still in custody,” said Shuping. The accused is expected to apply for bail at her next appearance.

As previously reported, Lawrence – who is originally from Clontarf, Dublin – was nabbed after Interpol issued a warrant of arrest in connection with the murder of Eoin O’Connor and Anthony Keegan.

The victims were found wrapped in plastic and buried in a shallow grave in Country Meath in 2014.

In September, the Hawks received information that said Lawrence was located in Bloemfontein, which eventually led to her arrest on Tuesday.

According to local media reports, Lawrence fled Ireland with her then-boyfriend, a South African, Neville van der Westhuizen, who is also wanted in connection with the double murder.

The South African reached out to the Irish police for comment on the matter and Sergeant Seán Mac Seoin, said, “An Garda Síochána does not comment on named individuals or on lines of enquiry in ongoing investigations.”

Van der Westhuizen is reportedly also wanted in connection with the 2014 murder of an alleged drug cartel member in Ireland.

He is currently serving a 15-year sentence in Durban for culpable homicide, assault GBH and kidnapping charges in connection with the death of a Bluff teenager, Cody Houghton, who was 19 when he died in 2017.

Van der Westhuizen and his co-accused reportedly beat up three teenagers and forced them to drink a poisonous drink in a Bluff tattoo parlour. Houghton died the next morning.