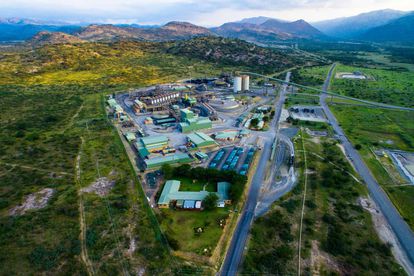 Platinum mining is an extremely lucrative mining industry found within South Africa. This particular mine is set within mountains offering a spectacular view of nature contrasted against heavy industry. Photo: Ryanj93 from Wikimedia Commons

Platinum mining is an extremely lucrative mining industry found within South Africa. This particular mine is set within mountains offering a spectacular view of nature contrasted against heavy industry. Photo: Ryanj93 from Wikimedia Commons

The Greater Lonmin Community (GLC) have approached the Constitutional Court seeking leave to appeal and set aside the acquisition of platinum mining company Lonmin Plc by Sibanye-Stillwater.

Sibanye’s offer to acquire the entire issued and to-be-issued ordinary share capital of Lonmin, subject to certain specific conditions, for around R5.2 billion, became effective 10 June after 18 months of talks and litigation.

In May, the Competition Appeals Court (CAC) upheld the Competition Tribunal’s decision of 21 November 2018 to approve Sibanye’s offer for the Lonmin takeover and thus dismissed the appeal by Association of Mineworkers and Construction Union (Amcu).

Basically, the GLC wants the court to declare section 17 of the Competition Act unconstitutional and declare the merger of Sibanye and Lonmin irregular.

The GCL says the merger was approved without the department of mineral resources having approved a social labour plan (SLP) on a large merger.

In court papers filed by Khanyile MB Attorneys Inc on Thursday, GLC argues that the Competition Tribunal erred in approving the merger with conditions, without proper investigation of Lonmin’s SLP, which was in the process of being amended at the time.

It argues that the Competition Commission approved the merger without a proper investigation and all documents needed for approval submitted as per section 11 of the Mineral Petroleum Resources Development Act.

The organisation goes back to the acknowledgement made by the Farlam Commission that Lonmin’s failure to fulfill its obligations to the SLP was a contributing factor that gave rise to the Marikana massacre of 2012 and that that report has never been taken on review by Lonmin.

The GLC also argues that the CAC judgment was inconsistent with international law on the right of the third party who is directly affected by the merger conditions to appeal a merger decision.

The respondents in the matter have been listed as the Competition Tribunal, Sibanye, Lonmin, Mining Forum of SA, NGO formed by women in Marikana Sikhala Sonke, the Competition Commission and the minster of mineral resources and energy.

If the Constitutional Court hears the matter and grants a declaratory order, it could throw a spanner in the works for Sibanye and Lonmin after having worked so insistently to get regulatory approvals and see the deal through.

Sibanye has declined to comment on the matter, with spokesperson James Wellsted saying: “No comment from our side.”