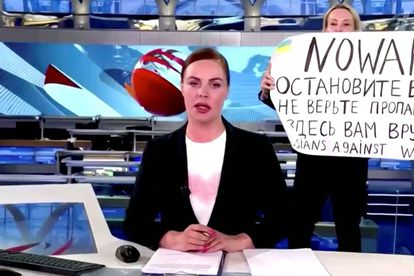 A Russian court on Friday ordered the pre-trial detention of a Siberian news editor for alleging that 11 riot police members had refused to join Moscow’s military campaign in Ukraine.

Since President Vladimir Putin sent troops to Ukraine on February 24, authorities have stepped up measures to silence critics of the  military operation in Russia’s pro-Western neighbour.

The Investigative Committee, which probes major cases, said the chief editor of a news website in Siberia’s Khakassia region had been placed in pre-trial detention for spreading “deliberately false information”.

10 YEARS IN PRISON, AWAITING THE EDITOR

If convicted, the journalist faces up to 10 years in prison, investigators said.

Earlier this week investigators raided his apartment and seized $15 000 and over €1 200 euros in cash, the Investigative Committee said.

The Khakassia branch of the Investigative Committee did not release the name of the journalist but he is understood to be Mikhail Afanasyev, editor of “Novyi Fokus” (New Focus), a news website in Khakassia.

Afanasyev’s report was widely cited on social media, and on Friday Russia’s media regulator blocked the Russian-language website of the independent news outlet The Moscow Times after it cited the report in an article.

THE EDITOR PUTTING UP A FIGHT

Afanasyev, 45, previously said he was not planning to leave Russia.

“I am not going to flee the country, I am stubborn and want to put up a fight,” he told AFP in early April.

Afanasyev is an award-winning editor known for covering sensitive issues in Khakassia. He has for years been embroiled in multiple libel lawsuits over his independent reporting.

Russian authorities have imposed prison terms of up to 15 years for spreading information about the Russian military deemed false by the government.