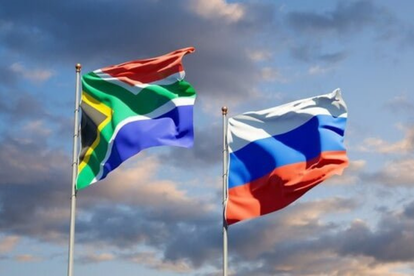 The Russian Embassy for RSA got more than it bargained for when Germany responded to its post. Image: Twitter/ Russia in RSA

The Russian Embassy for RSA got more than it bargained for when Germany responded to its post. Image: Twitter/ Russia in RSA

The Russia embassy in South Africa recently took to social media to thank citizens who had voiced their support amid the conflict in Ukraine.

Evidently, the embassy has been receiving a great deal of support from Mzansi and Russia took to the embassy’s official social media page to show its appreciation.

In the post, Russia applauded South Africans for taking a stand against ‘Nazism in Ukraine’, commenting that:

“Dear subscribers, we have received a great number of letters of solidarity from South Africans, both individuals and organisations. We appreciate your support and glad you decided to stand with us today, when Russia, like 80 years ago, is fighting Nazism in Ukraine!”

Ironically, this earned Russia strong condemnation from the German Embassy for South Africa. The embassy responded to the post with fierce resistance and denied Russia’s claim that Nazism was rampant in the Ukraine.

The cheeky post pointed out that, as the German Embassy, they are ‘sadly’ experts on what constitutes a Nazi. Take a look at the comment below:

“Sorry, but we can’t stay silent on this one, it’s just far too cynical. What Russia is doing in Ukraine is slaughtering innocent children, women and men for its own gain. It’s definitely not ‘fighting Nazism’. Shame on anyone who’s falling for this. (Sadly, we’re kinda experts on Nazism)”

The majority of arrests were recorded in Moscow but protests have been reported in over 50 cities since the onset of the conflict in neighbouring Ukraine. It appears as if even the Russian people are resisting the actions of its leadership.